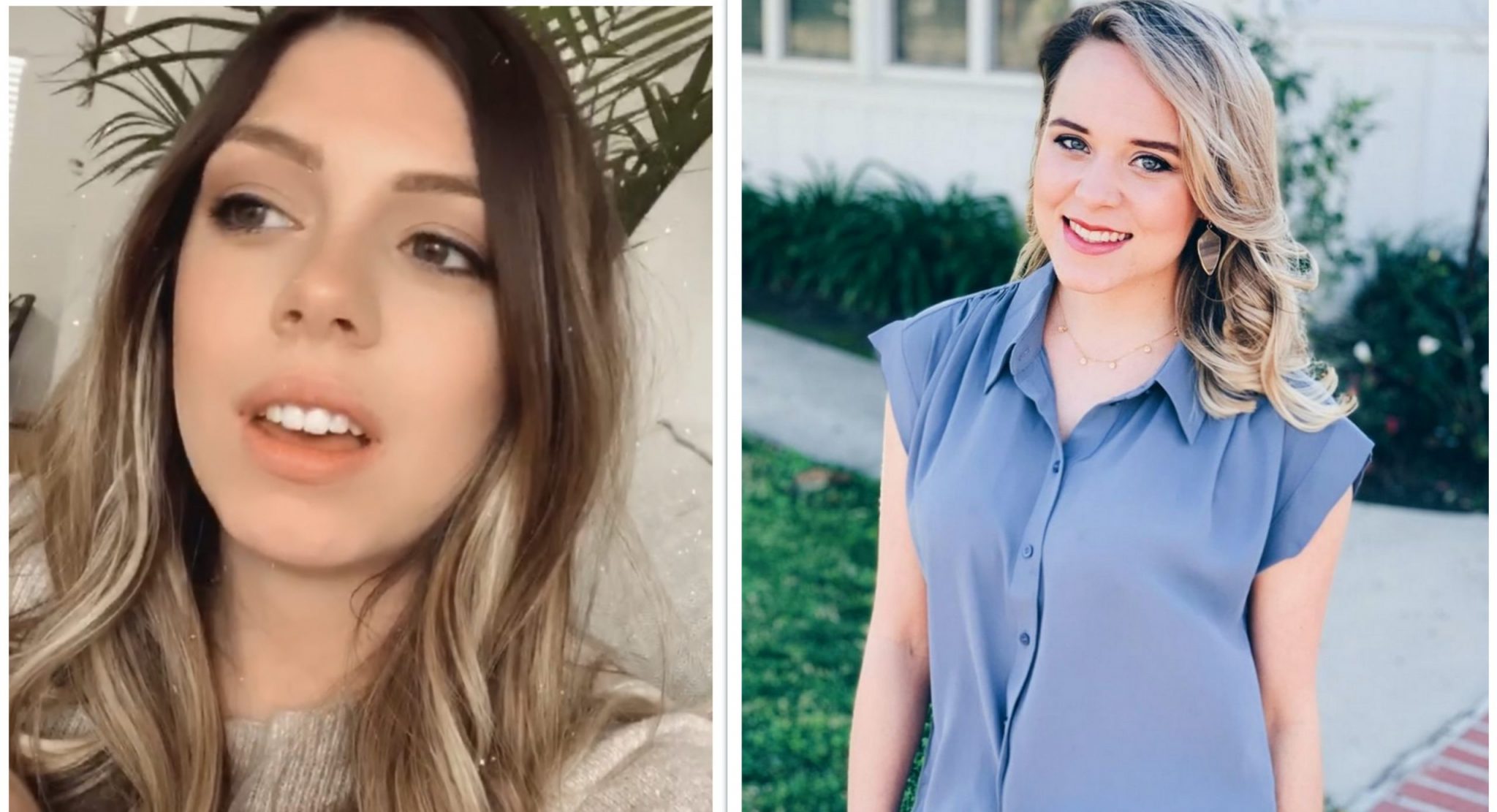 As TV Shows Ace reported, Jinger Vuolo has dyed her hair. She has actually had it colored a few times now that she’s moved to Los Angeles, California. Now, her sister-in-law Lauren Duggar has done something similar. In her Instagram stories, Lauren talked about how she had dyed her hair but didn’t like it. So, her aunt gave her balayage.

Duggar fans wonder if Lauren is trying to be like Jinger

In the Duggar family, not many of the women dye their hair. So, this is one of the reasons that fans think Lauren may be copying. It’s not something that everyone in the family does. This then prompted a conversation about Lauren’s originality. A Duggar follower asked if she has any originality.

Someone said, “She’s 19. Some that age try to figure out what they like by copying others, I guess. Kids that age do that. Too bad she’s already married and a mother instead of learning about herself in college.”

Another Duggar fan said,“At least her copying looks better than the original this time. Still not good, but nowhere near the gross mess that is Jinger’s hair.”

From the comments, it seems that fans think she intentionally copied Jinger’s hair color.

There’s a chance that Lauren simply wanted to dye her hair. She mentioned in her Instagram stories that she had dyed her hair but it turned out “brassy.” That’s why her aunt ended up giving her balayage. Originally, her goal might’ve been to dye her hair like Jinger’s. But, since it didn’t work out, she went with a different technique.

Many women color their hair, so it’s not a big surprise that two of the Duggar girls would. While the timing seems suspicious, this could have been the best time for her to color her hair. It’s unlikely that Lauren will explain herself to Duggar fans and let them know whether it was intentional or not. But, there’s always the chance that she just wanted to dye her hair.

Lauren Duggar has been caught copying before

Around Christmas, TV Shows Ace reported that Lauren had been caught copying Josie Balka, one of the Bates daughters. First, Josie shared a festive picture of her daughter laying under the Christmas tree. Shortly after, Lauren took a photo of her own baby, Bella, under her Christmas tree and shared it on social media.

Lauren was called out by Duggar and Bates’ fans for stealing Josie’s idea. Nothing really came of that, and some figured that Josie found the idea online anyway.

What do you think? Is Lauren trying to steal Jinger’s look? Is she going to continue to copy people? Leave your thoughts in the comments section below.