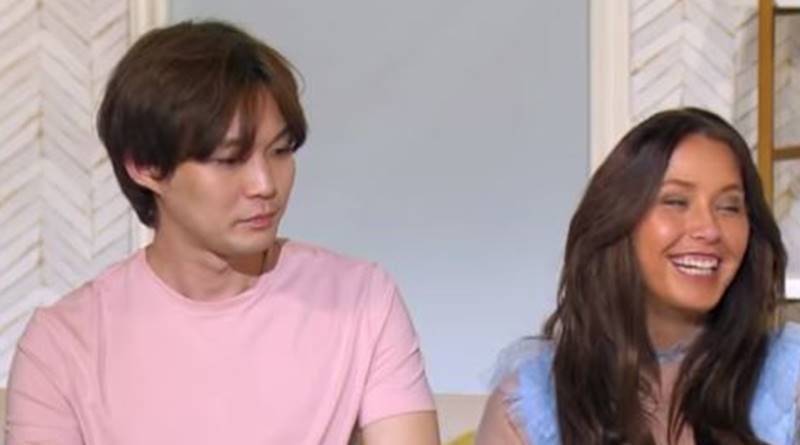 90 Day Fiance fans heard from Deavan Clegg that she’d answer some questions. Well, now she took to her YouTube to “spill the tea” on questions about the show from her fans. While doing a makeup tutorial on Saturday, she spoke about things that fans wanted to know.

Taking to her YouTube, Deavan started putting on her makeup. She talked from Korea, and a few fans in the comments started asking her about the coronavirus there. TV Shows Ace reported back in January, that she returned there after Christmas in the USA. At the time, she seemed a bit lonely and wrote on Instagram, “Been feeling lost lately. Hoping things will get better soon.”

Naturally, now the coronavirus hit South Korea badly, she probably misses her family even more. But, in the comments, she never replied to questions about the virus. However, she answered a lot of other things about being on 90 Day Fiance. The first question she addressed involved the flights to and from the USA. Contrary to what people may think, she noted that the cast pays for their own flights, not TLC. However, they do pay for the flights to attend the Tell-All.

TLC never paid for a flight for Jihoon, so he missed the birth of Taeyang

Fans recall that Taeyang arrived by C-Section in the USA. At the time, Jihoon remained in Korea and fans wanted to know why. They asked why TLC didn’t pay for his flight. But, Deavan feels nothing bad happened. She noted, that the baby came early, and nobody expected such an early birth. Plus, as she says, “it’s reality TV.” She noted that if they don’t get the money, then plain simple, they “can’t go.” It’s about portraying the “real story” and “how it really is.”

The 90 Day Fiance star then talked about the camera crew present during giving birth. Deavan said that the camera crew never watched her give birth. Actually, the footage actually got shot on her mom’s “Go-Pro.”In fact, the family decided on filming it, as TLC wasn’t going to film it. TLC expressed to them how “grateful” they were that the family “did that for them.”

The filming started when Deavan was pregnant already

Deavan said this time last year they filmed for the show. And, they started when she was 21 weeks into the pregnancy. The others filmed in October, and the show was expected to air in June. But, they didn’t go to Korea until June. That meant that while the show aired, she and Jihoon were still filming. So,  a lot of what fans saw on the show happened just “three weeks” before being shown on TLC. When fans saw Taeyang’s birth, he was already three months old.

The 90 Day Fiance star also talked about not sharing pics of Taeyang after the episode when they saw the birth, Deavan says she decided not to as she basically didn’t want to spoil the outcome. That, she claims, was her own decision and didn’t come from TLC.

How did Jihoon and Deavan get cast on the 90 Day Fiance show?

Fans often ask Deavan how they got on the show. Well, Deavan said it all happened really fast. Plus, they got cast after everyone else. TLC looked for a sixth couple for the show. At the time, Deavan worked at a place selling furniture. With her commissions, she earned around $4,000 a month. Deavan heard about the show but never previously watched it. Her colleague at work suggested she try out for the TLC show.

However, after watching season 6 of 90 Day Fiance, Deavan thought it a bit out there. However, she chatted with her mom who suggested she looked to see if TLC ran a show about people going to other countries. Well, she did that and discovered on Google that they were casting. Joking, she wondered if she should apply. Previously, she applied for a show, but it never worked out.

After emailing, she got a phone call just six hours later. They did a Skype interview to check they were a real couple. “TLC don’t take fake couples,” Deavan says. So, it’s not true that TLC create the role and then hunts for couples. Four days later, they had the cameras in their faces. But, Deavan notes it was much faster than other couples who try out for the show.

Interestingly, although they got cast late, Daily Soap Dish revealed that they return for the second season of the show. What do you think about that? Sound off your thoughts in the comments below.

Remember to check back with TV Shows Ace often for more tea about Deavan, Jihoon, and 90 Day Fiance.