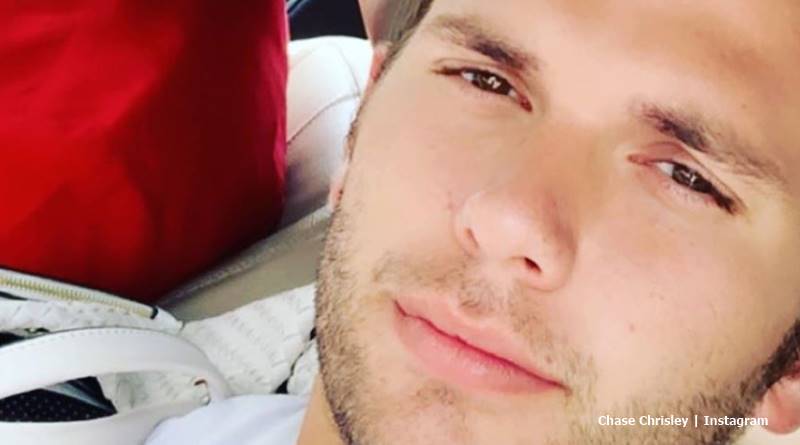 Chrisley Knows Best fans know that Todd and his son Chase Chrisley are very close. Chase, now an adult, demonstrates his loyalty and love for his sister Savannah and his dad quite often on social media. It looks like the bond the cute little boy had with his dad still persists. Cute Chase appeared in a throwback pic this weekend.

On Saturday. Chase took to his Instagram and shared a photo of himself from years ago. Nobody trolled on the pic, as they mostly love him. And, they know he’s not afraid to tackle who people point fingers at his family. TV Shows Ace reported in September last year, that he shut down critics who bashed his family. But there was no reason to shut anyone down on the cute pic he shared.

Toddy Chrisley, the patriarch of Chrisley Knows Best, responded to the picture of little Chase. He wrote, “The cutest kid in the world and I love you with all my heart.” Aww, that’s lovely, many fans thought. It came after Chase shared a photo of him with his grandfather. He captioned it with, “This man is still lying for me, best grandpa anybody could ask for.”

Some fans got confused as to who the man in the photo is. But it’s Julie’s dad, Harvey. Fans saw him on the show a few times, but not for a while now. But his fans focussed on little Chase who looks like a cross between Savannah with short hair, and his little brother Grayson. One fan said to Chase, “You are [a] cute kid at that time and nice picture of y’all two.” Then another one said, “Omg little Chase is so adorable! ❤️”

It certainly looks like Chase was an adorable little kid before he grew into Big Chase that we see on Chrisley Knows Best and Growing Up Chrisley. Other comments included, “You were so cute at that age, lol, now very handsome!! 😊♥️” Then someone talked about his clothes, noting, “them shorts and that Gap shirt are off da hook.” Someone else asked, “Are those frayed jean shorts?! Love it!”

This man is still lying for me, best grandpa anybody could ask for

Many similar comments came in and it looks everyone agreed that Chase really looked like a cute little fellow back in the day. In fact, some fans wish that he’d share a few more photos of him being adorable. Mind you, Todd might have a lot he could share as well. Certainly, fans never tire of looking that these sort of pictures.

What did you think of cute Chase Chrisley in the throwback photo? Sound off your thoughts in the comments below. Remember to check back with TV Shows Ace often for more news about Chrisley Knows Best.