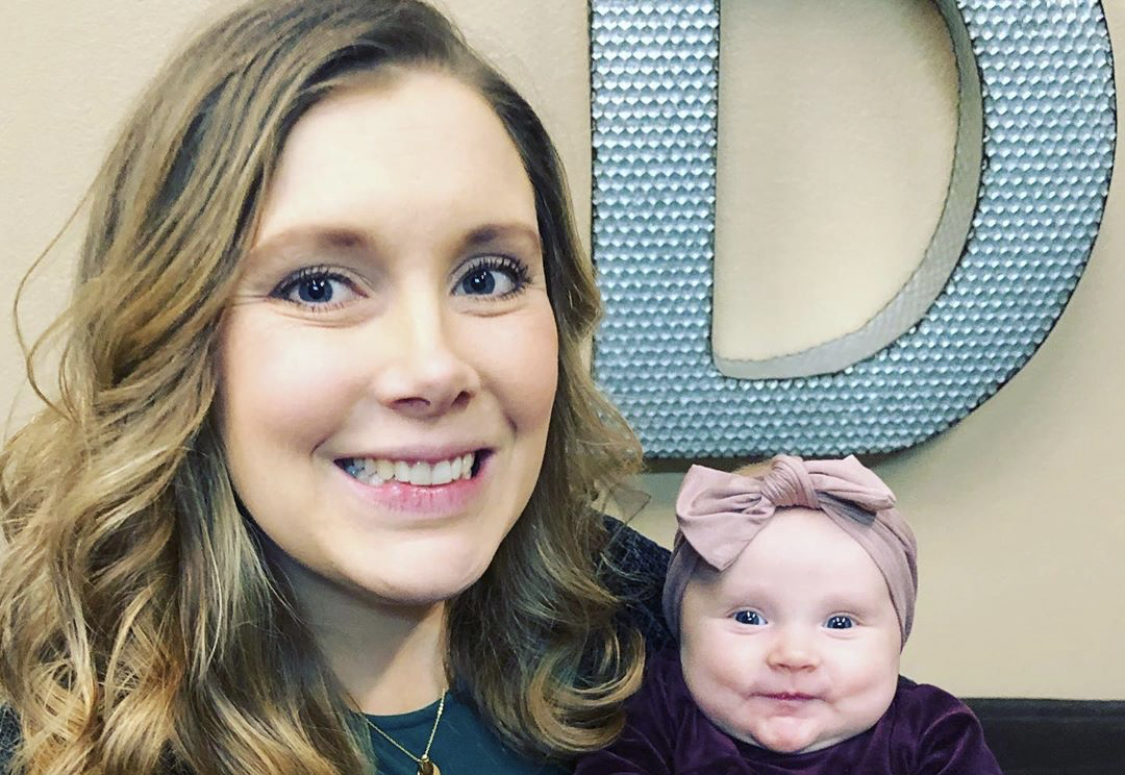 Josh and Anna Duggar are parents to six kids. As many Duggar fans know, the kids’ names all begin with the letter “M”. Their kids include Mackynzie, Michael, Marcus, Meredith, Mason, and Maryella. Their youngest, Maryella, is three months old. The oldest, Mackynzie, is 10 years old. So, the kids are very close in age.

Anna reveals she has another name ready to go

The Duggar couple has had a child around every two years. So, it will be a little while before they announce another pregnancy, if they plan to stick with the same schedule. That baby would be born in 2021. But, that doesn’t mean that the couple isn’t tossing around baby names already. They likely have a list of “M” names to use for their future kids. In an Instagram comment, Anna revealed one of the names that they have picked out.

One of her followers said, “Your babies are all so cute!! My sons name is Miles…just a suggestion if you have another boy”. To that, Anna said, “I love the name Miles! We discussed using it when I was expecting Mason.” If Josh and Anna’s next baby is a boy, they might use that name.

If you’re a fan of the Counting On family, you will recall that all of the kids’ names begin with the letter “J”. Jim Bob and Michelle started this early on. They weren’t planning on this. Michelle said, “There’s no quick answer, but it started with our first child. Emotionally, we loved the Bible name Joshua. So we named our first child Josh after him.” She continued, explaining that they planned on naming their next child Caleb, as biblical characters Josh and Caleb spent time together.

Then, things didn’t work out. Michelle got pregnant while she was on birth control, and then she ended up losing her second pregnancy. They used the name Caleb.

Michelle later blogged about naming the twins John-David and Jana. She says, “We loved the Bible name of John. My grandmother’s name was Ana, and we put the J on the front.” They talked about their next baby’s name and were trying to decide what to do. Michelle also blogged about this, “Well, if this is the last baby that we have it would be terrible if we had Josh, Jana, John, and … Marianne. Because they might say, ‘Why didn’t you name me with a J?'” Ultimately, they decided to name their baby Jill.

So far, Anna and Josh are one of the only Duggar couples to follow a naming pattern. All of their kids’ names begin with the letter “M”.

Josiah and Lauren are being intentional about how they name their kids too. Lauren had a miscarriage and they named the lost baby Asa. Then, when they had their rainbow baby, they named her Bella. They plan on naming their kids in alphabetical order. This is also a hint that they plan to have a large family, but they may just use the letters of the alphabet until they can no longer have children.

There are still plenty of Duggar kids living at home, who aren’t married yet. And, Jinger, Abbie, and Joy each have one child. So, there’s a chance they’ll follow some kind of pattern too.

What do you think of Anna’s name ideas? Do you think she and Josh will be having another baby soon? Share your thoughts below.