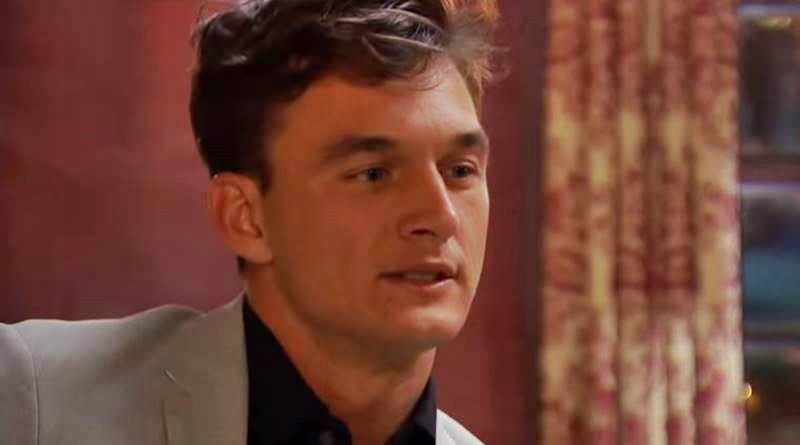 The Bachelorette fans heard on Friday, that Tyler canceled his appearance with GMA at the National Workout Buddy Day. He posted a hasty apology saying he needed to cancel as his family experienced an emergency. He never said what was wrong, but fans assumed something happened with his mom as he asked for prayers. Now, reportedly, she suffered a heart attack.

The Bachelorette – Tyler rushed home, his mom apparently had a heart attack

TV Shows Ace reported that Tyler seemed very happy sharing the news that he planned on joining other people in Central Park to do the National Work Out Buddy Day. However, just hours later, he announced on Twitter that he canceled because of a family emergency. It looked really like it came out of the blue. Tyler asked for people to pray for his mom and his family.

Plenty of people said they prayed a lot. But other fans of The Bachelorette asked him what actually happened. He never replied, but it now comes out that apparently, his mom suffered a heart attack. US Weekly ran a follow-up story and they got that information from an unnamed source close to the family. Hopefully, the next update brings good news. But for now, there’s not any other information on her condition.

Have to cancel GMA group run tomorrow. Family emergency. Please pray for my mom and my family.

Tyler’s brother comments about his mom

US Weekly noted that although Tyler never updated, his brother Ryan shared a bit on his Instagram Stories. he said that we’d like fans to pray for his “momma.” He later noted, “God gives his toughest battles to his strongest soilders [sic].'” So that narrowed it down from others in the family. Fans might recall that in Hannah Brown’s season of The Bachelorette, it was Tyler’s dad who went to the hospital.

It came on the hometown date and Tyler told his dad that he’s super-important to him. He wanted his dad to see him marry and have kids. At the time, his mom, although divorced from Tyler’s dad struggled as well. Family’s family, after all. Now, she gets that close family love during her hour of need. She also gets tons of prayers from fans on social media.

Did you know that Tyler’s mom reportedly suffered a heart attack? Sound off your thoughts in the comments below.

Remember to check in with TV Shows Ace often for more news about the cast of ABC’s The Bachelorette.