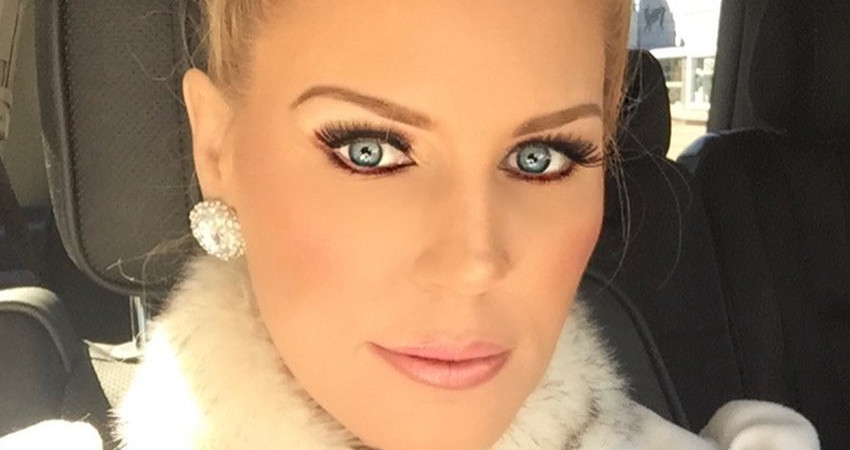 Gretchen Rossi may not be on The Real Housewives of Orange County anymore, but fans still remember her. The young, blonde bombshell often went head-to-head with co-stars Tamra Judge and Vicki Gunvalson.

She may have left RHOC, but Gretchen and her controversial husband, Slade Smiley, are still very much in the public eye. In addition to having a clothing line and a CBD company, the couple recently started their own podcast, Knot Too Taboo.

The premise of the podcast is a no-holds-barred look at their life before and after her exit from the hit Bravo show. The first episode did not disappoint.

They spoke candidly about their finances and reaction to Simon Barney’s cancer diagnosis. Or rather, Tamra’s response to his illness.

The former RHOC stars must have made a good chunk of change from appearing on the show. In their first podcast, they discuss how hard it was not to have the income from Bravo. Gretchen said that despite all her ventures, money was still a problem for a long time after her departure.

Gretchen (and Slade, by extension) was fired after Season 8, as was Alexis Bellino.

TV Shows Ace reported in the summer of 2019 that Gretchen and Slade’s home was about to be foreclosed. In the podcast, the couple admit this but say they were ultimately able to keep their home.

They didn’t give specifics on how they stopped the house from going up for auction that was slated for August. The sudden loss of income hit them hard. Gretchen said,

“That was a very big paycheck for us and one day that light was switched off and we were like, ‘Holy hell, that is a lot of money that we don’t have coming in any more.’”

Their finances are in better shape now. Gretchen credits her success as a social media influencer and Slade’s production company, Grayson Entertainment.

The name ‘Grayson’ may seem familiar to longtime RHOC fans. That’s the name of Slade’s son who battled brain cancer during the couple’s time on the show. He is still fighting against brain cancer.

Gretchen’s co-stars were less than supportive of her and Slade about Grayson’s illness, which neither Gretchen or Slade have forgotten.

During the podcast debut, Gretchen and Slade called out Tamra for going on a “media tour” about her ex-husband’s condition. While they feel for Simon’s situation, calling it “awful,” they don’t forgive Tamra for her behavior.

Reality Blurb reports that the former RHOC couple feel Tamra is using the illness as a “get out of jail free card.” Simon said,

Why is that going to wash away all the cruel and evil things she’s done to us as well as so many other people that were on the ‘Real Housewives’ cast?”

He pointed out Tamra calling him a “deadbeat dad” after his son was diagnosed with brain cancer. Gretchen also reminds listeners of what she had to deal with from Tamra when Gretchen was engaged to Jeff Beitzel.

Tamra and the other RHOC cast often referred to Gretchen as a golddigger, even after her fiance passed away from leukemia. Gretchen and Slade began dating less than a year later, further sparking rumors.

The former RHOC stars tout their podcast as “honest conversation” in an effort to connect to listeners. In addition to being more financially secure these days, the couple also welcomed their first child in 2019. Skylar turned 7-months-old earlier this month.

The Real Housewives of Orange County returns to Bravo later this year. Both Vicki and Tamra recently left the show after Season 12. Knot Too Taboo can be found on Instagram.