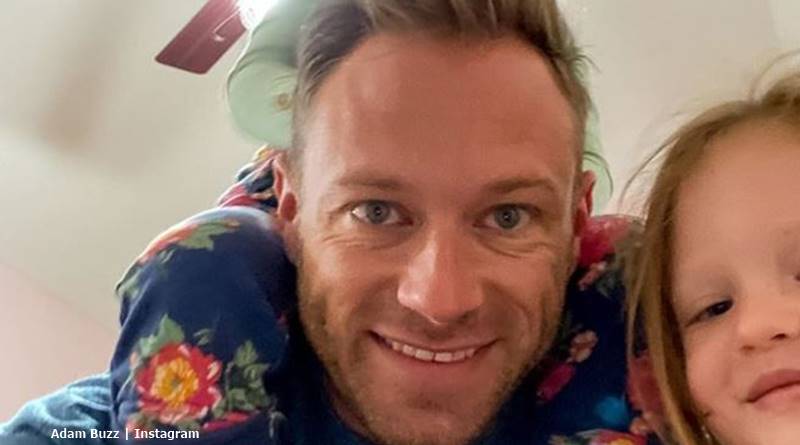 OutDaughtered fans heard this week that Adam Busby may have hinted the show returns. Cryptic, his short comment was enough to get hopes up. Fans were afraid it might not return after Adam grew unhappy with TLC’s editing. On that Instagram post, he also spoke about the kids, fans, and safety.

TV Shows Ace reported that Adam Busby shared a picture of his daughter Ava on Thursday. Inside the comments, fans asked about a new season for the show and when it might return. Adam merely said, “oh we know… 😉.” That’s good enough for some fans who hoped Adam and Danielle would iron out their differences with TLC over editing.

But later in the comments, Adam also replied to another fan. The fan of OutDaughtered asked Adam, “i have a question have you guys ever met a fan?” Well, fans of the show know from their various Instagram posts that they do run into fans. In fact, a recent story showed one of the Starbucks employees kissing quint Riley on the head, which didn’t sit well with fans. So, Adam replied about making a special effort to meet fans and talked about the kids’ safety.

Safety and security of the family’s super-important

Adam’s reply involved how very important it is when it comes to the kids, security, and safety. He wrote, “we meet fans every day while out and about. I think you may be asking if we intentionally set out to meet up with a specific fan in public though.”

Adam noted they don’t do it. He continued by adding, “That would be a negative. It’s extremely rare that we will ever share where our children will be, before we go somewhere without protection in place. It’s just too much of a safety risk.”  Well, fans know that makes a lot of sense. In fact, on previous posts about him doing target shooting, OutDaughtered fans thought it might have something to do with keeping the “crazies” away from his children.

Made it back just in time for midday Sunday snuggles. #outdaughtered #itsabuzzworld

Who protects the TLC kids on OutDaughtered?

It’s not clear who would pay for the protection that Adam talks about. Probably during the actual filming, the network forks out for it. Screenrant spoke about a number of things fans don’t know about stars on TLC. But even they never answered that question. Maybe they step up for the kids outside of filming. But if not, Adam mostly likely arranges it anyway.

What do you think about the dangers of kids and meeting strangers? Do you agree that Adam Busby’s very wise to be cautious? Sound off your thoughts in the comments below.