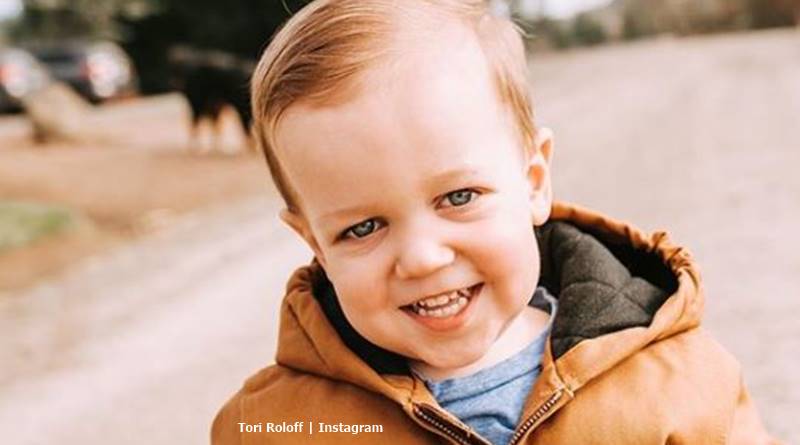 LPBW fans know that Zach, Tori, and his grandpa Matt Roloff often talk about how Jackson seldom cries. The little guy’s a tough boy it seems. And, now he went to his very first dentist appointment, without fuss or tears or drama.

TV Shows Ace reported that Jackson Roloff made a few new milestones recently. One of those that Tori shared proudly is the fact that he now knows how to spell his name. But his latest milestone probably filled Tori with dread. Not that she needed to worry, as Jackson sailed through it. Tori shared on Instagram Stories that he just went to his first-ever dentist visit.

Tori shared a few pictures of Jackson at the dentist. The small LPBW star seemed fine with lying down on the dentist’s chair while they looked at his teeth. Then he got his cleaning bib on and lay back stoically while he got cleaned. Afterward, he sat up and gave his mom a double thumbs-up. Tori seemed amazed that no fuss and drama went on. In fact, he seems like one of the least dramatic kids on the planet.

No cavities for Jackson at first dentist visit

Tori mentioned that not only was the little fellow so good at the dentist, but he got no cavities, which is a relief. But she probably stressed out more than Jackson by the sounds of it. Mind you, that first dentist’s visit probably important for more reasons than just dental hygiene. After all, most kids recall those early dentist visits.  If it’s traumatic, it’s likely they’ll fear it for the rest of their lives.

InTouch Weekly reminded fans that Jackson and his sister Lilah got sick at the same time. Luckily for the LPBW mom, this didn’t seem to be another miserable day for her son. And, how many people out there know the first time at the dentist can really stress out the kids and mom! So, if your child isn’t naturally stoic like Jackson of Little People, Big World, how can you prepare your child?

Preparing for the first dentist visit

The Simply Beautiful Smiles website advises parents to read books to their kids about dentist visits. Or, perhaps show them a video of one of their favorite TV characters going to the dentist. They used “Peppa Pig – “Peppa’s Pearly Whites”‘ as an example. Then you could also talk about the “fun” chair that goes up and down at the dentist. Take along a favorite book or toy with you. And, afterward, maybe get them a treat. It looks like LPBW‘s Tori or the dentist gave Jackson a balloon after his visit.

What do you think about Jackson being so brave at the dentist? Did your little one stress out the first time? Share your experiences in the comments below.