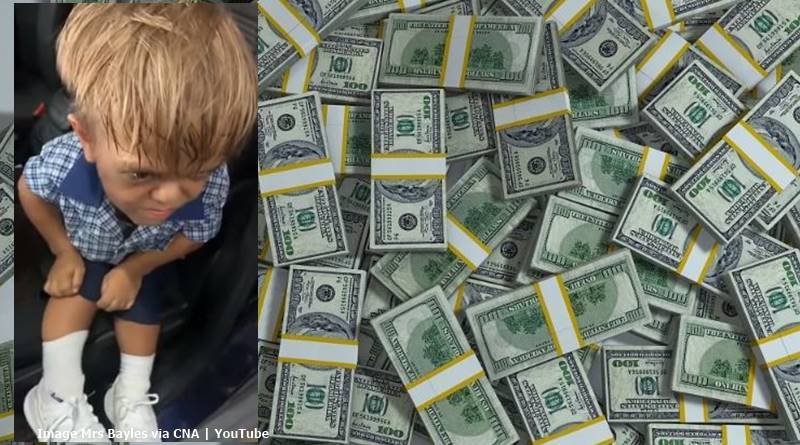 Quaden Bayles received a lot of support and a lot of hate on social media after his mom shared a video of him suicidal over bullying. In fact, some people accused the boy who suffers from dwarfism of being a fraud. Comedian Brad Williams set up a Go Fund Me to fly him to Disneyland. Meanwhile, other celebs supported or condemned the way his mom handled it. Now, the announcement came that he won’t go to Disneyland, and the money raised gets distributed to charities.

Quaden Bayles caught the attention of Matt Roloff and other celebs

TV Shows Ace reported on the video of Quaden, a nine-year-old Australian, suicidal about bullying. Matt Roloff of TLC’s Little People, Big World spoke up. He thanked Brad Williams for setting up the Go Fund Me. Plus, he offered for Quayden to visit Roloff farms when he went to Disneyland. But, other celebs who suffer from the condition, disagreed.

In another article, we noted that Trent and Amber from TLC’s 7 Little Johnstons slammed Quaden’s mom. They felt she reacted poorly with the video and never addressed the actual issue of bullying properly. In fact, on his Instagram, Trent said his mom wasted her time with that video, adding, she should “get [her] *ss in that school and demand change, respect, and action!'” He felt that her video never addressed the root cause of bullying.

Raised funds won’t go on Disneyland but to charities

Those who hated on Quaden after fake reports came out that he’s actually 18 and a scammer might be happy to hear the Disney trip’s canceled. But Daily Mail Uk and Snopes fact-checked. Actually, Quaden Bayles really is just a little kid. But, the family agreed not to take the offer of the trip, People reported. Perhaps taking Trent’s advice, they decided the money’s better allocated to stop bullying and raise awareness.

On the Go Fund Me page, Brad Williams added a new note. The fundraiser brought in $466,700. He said that the family felt the cash would better be spent “on the needs of Australian First Nations people who are experiencing bullying and discrimination at extremely high rates.” He listed six charities who would get cash. A smaller amount left over would assist Quaden Bayles with medical costs and other things like food for the family.

Brad Williams also said that those people who specifically wanted the money to go to the Disneyland trip could contact Go Fund Me for a refund. It looks like some donors did that as People reported they originally raised $474K for the trip.

What do you think about Quaden Bayles’ family turning down the offer to travel to Disneyland? Do you prefer seeing the money address the problem of discrimination and bullying? Sound off your thoughts in the comments below.

Remember to check back with TV Shows Ace often for more news about TLC’s Quaden Bayles.