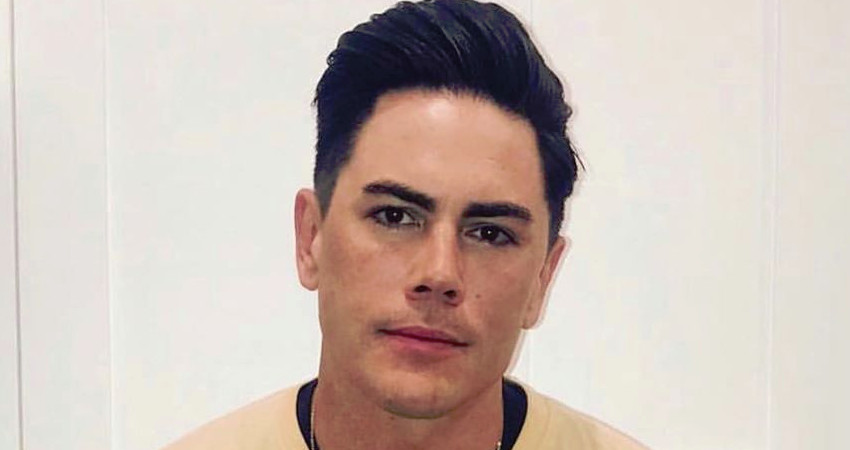 Vanderpump Rules star Tom Sandoval is not afraid to speak his mind. His candidness has him in deep trouble with former BFF Jax Taylor at the moment. As fans know, the two had a falling out before Jax’s wedding over Sandoval asking questions about the original pastor hired to officiate the wedding.

Sandoval might find himself in hot water with VPR co-star and ex Kristen Doute after he gave her some backhanded compliments earlier this week.

Tuesday’s explosive episode of Vanderpump Rules showed Jax un-invite Sandoval to the wedding over the pastor drama. Directly after the show aired, Sandoval appeared on Bravo’s Watch What Happens Live.

As fans know, Kristen and Sandoval dated until the end of Season 2. They broke up over the shocking revelation that she had slept with Jax. Sandoval began dating his VPR co-star, Ariana, between the filming for Seasons 2 and 3. The couple recently celebrated six years together and purchased their first home.

Meanwhile, Kristen moved on to another SURver, James Kennedy. The couple’s volatile relationship played out on the show. Eventually they broke up and Kristen began dating Brian Carter.

Kristen confirmed at the Season 7 reunion that she “broke up” with Carter. Katie Maloney Schwartz and Stassi Schroeder later found out that wasn’t the entire truth. As a result, the former ‘Witches of WeHo’ aren’t speaking at the moment.

Despite the rocky history, Kristen and Sandoval are on good terms these days. Or were.

For a long time, Kristen didn’t get along with Ariana, but the two are oddly close this season. Kristen is cordial with Sandoval, but the two aren’t best buds. And who can blame them?

During Sandoval’s WWHL appearance, a fan wanted the scoop on how he feels about Kristen. Or rather, how Kristen feels about him. The fan asked if Sandoval thinks Kristen still has feelings for him and that’s why none of her relationships last.

Sandoval’s answer was a resounding no. He said,

“I don’t think that’s the case, no. I think Kristen has definitely moved on.”

The TomTom co-owner went on to accidentally shade his ex. He said, “You know, Kristen is always a little messy. That’s just the way it is.”

Before Kristen fans go off on Sandoval, he said that it’s a quality her friends appreciate. He joked, “I mean, I do now,” referencing how far they’ve come toward mending their friendship.

VPR Star Says Ariana ‘Deals With [Depression] the Best She Can’

WWHL’s Andy Cohen steered the discussion to Ariana’s admission that she often has suicidal thoughts and wants to leave her life. After watching a clip of the VPR scene, an emotional Sandoval said he tries his best to help his girlfriend.

He also spoke to Us Weekly in the days leading up to the episode. Ariana previously spoke to Lisa Vanderpump about her crippling depression. Sandoval spoke to the magazine about how Ariana is doing now. He said,

“I want to help, but you can only do so much. I feel like she deals with it the best she can, very well, we’re very much aware of these things and we just try to deal with it and be happy.”

Ariana’s struggles continue to be a topic of discussion this season. Vanderpump Rules airs Tuesdays on Bravo.