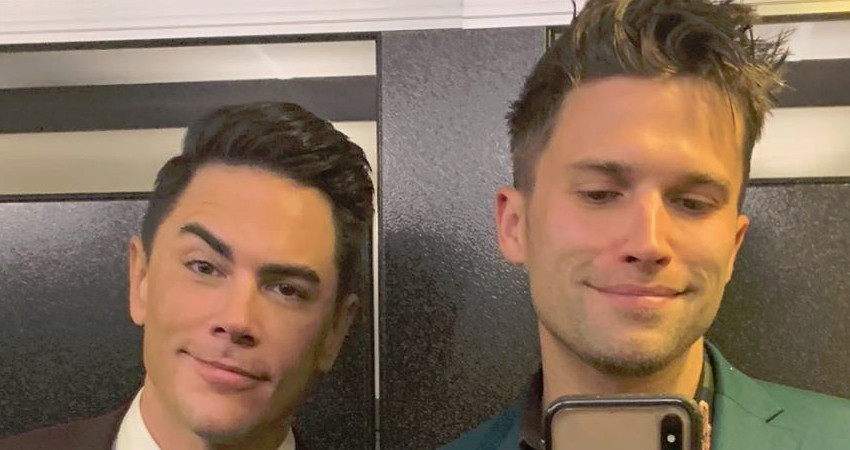 Vanderpump Rules fans who have been clamoring for more Tom Schwartz and Tom Sandoval are in luck. Season 8 of the hit reality show features the pair’s bar the close friends co-own with Lisa Vanderpump and Ken Todd. The TomTom opened in the summer of 2018.

Since that time, oodles of celebrities have strolled through the doors. John Legend and Chrissy Teigan recreated the iconic photo of the two Toms locking lips.

Boy Meets World star Ben Savage turned Sandoval and his Instagram followers into fangirls. VPR co-star James Kenndy replied to the photo with, “This is everything.”

The increasing focus on TomTom, co-owners and staff has fans wondering if a spin-off is coming.

The Bravo rumor mill has churned out several ideas for possible spin-offs. One about Lisa’s Vanderpump Dogs rescue, another focused on her Vegas cocktail bar and, yes, one about the two Toms wading into restaurant ownership.

At BravoCon in November, Lisa said she would be the first to know but she didn’t know anything about any spin-offs. The reality star may have been playing coy. As fans know, Lisa left The Real Housewives of Beverly Hills following Season 9 and fans need their Lisa fix.

In addition, the new NBC streaming service, Peacock, reportedly includes another Real Housewives spin-off. However, with the platform premiering in April, nothing new has been announced about a spin-off.

Earlier this month, Lisa posted on her Instagram a video of a recent TomTom expansion.  The establishment has only been open less than two years, which is odd timing for an expansion. One can only assume business is booming, leading fans to wonder if VPR could also expand into another show.

Vanderpump Rules introduced several new cast members this season, including TomTom manager Max Boyens. His scenes may have been cut after a scandal over his old racist tweets blew up.

Even without the scandal, fans are not into Max or any of the other newbies. Some fans even suggest making a spin-off with just the original stars.

Check out the sleek upgrades to TomTom:

Vanderpump Rules continues Tuesdays on Bravo. The preview for the upcoming episode features more of the original stars and less of the newbies. Check back with TV Shows Ace for spin-off updates.

Preview for next week's #PumpRules

Jax must choose whether to forgive Tom, while Ariana struggles to find the excitement for her birthday party; Katie and Kristen argue if Carter should attend the wedding. pic.twitter.com/Pfolq5T7Bq