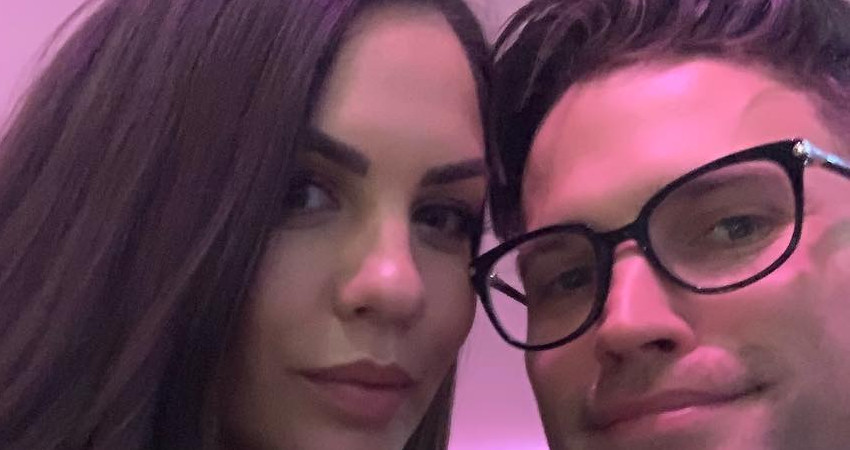 Jax Taylor and Brittany Cartwright won’t be the only two getting married this season on Vanderpump Rules. Katie Maloney and Tom Schwartz had a Vegas wedding last summer that Bravo cameras filmed.

Wait, what? Wasn’t Season 5 all about their outdoor wedding? Yes. Yes, it was. But there was a slight hitch to the first time they got hitched.

Why Did the VPR Stars Need a Second Wedding?

Shortly after Jax and Brittany’s June 2019 wedding, Lance Bass let it slip that Schwartz and Katie weren’t really married. According to the former N’Sync member, the paperwork wasn’t filed, making their original nuptials null and void.

TV Shows Ace reported back in July that the couple filed for a marriage license in Las Vegas. Schwartz and Katie recently opened up to Page Six about the wedding, but were careful not to reveal any major details.

For Katie, having a Vegas wedding was a childhood dream of hers. She recalls,

“I thought Vegas was so fancy. I told my mom I wanted to get married at the lawn on Caesar’s Palace when I was like 12.”

Their second wedding will air later this season on Vanderpump Rules.

Schwartz Reveals The Bumpy Road: They ‘Probably Should Have Broken Up’

Unlike all of the other relationships on Vanderpump Rules, Katie and Schwartz started dating BEFORE the Bravo show began in 2013. In fact, they dated for two whole years prior to the show.

Many of the rocky moments of their relationship aired for millions to watch on VPR. For several seasons, Katie tried to talk Schwartz into marrying her, only to have him balk at the idea. He may be a business co-owner now, but back in the early seasons, Schwartz couldn’t even handle bartending at SUR.

His immaturity and reluctance to commit led to multiple cheating scandals, including making out with another woman even after he was married.

She responded by giving him an ultimatum that he has to propose soon or they’re finished. He proposed the next season and they were married during Season 5.

I love you more and more everyday. Thank you for loving me! Happy Anniversary Bubba!!!!!

Speaking to Us Weekly about their previous troubles, Schwartz said they were both too ‘stubborn’ to break up. He says,

“There were times early on that I definitely didn’t think it was going to last. I think we both had moments early on like various, but man, I’m just so happy we made it.”

He goes on to say that he is happier now that he’s ever been.

VPR Couple Will Celebrate Their 10th Anniversary Later This Year

Katie reveals to Us Weekly that this year marks 10 years since they started dating. She says,

“That’s a decade. I think there’s something to be said there.”

An oldie but a goodie. Young bub Love!

Do you see Katie and Schwartz lasting? Tell us in the comments below.

Chris Harrison Confirms ‘Bachelor’ Exit With Statement
Pastor Paul Caldwell Slammed For Distributing Offensive Pamphlets
Trent Johnston Whips Out His Blower To Spice Up Lunar Celebration
A Big Duggar Announcement Could Be Coming Soon – What Is It?
Now That ‘Younger’ Is Over, What Is Status Of Hilary Duff’s Spinoff?