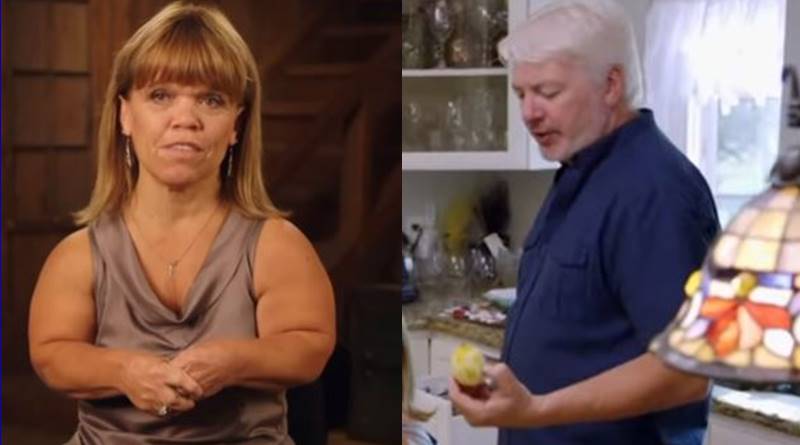 LPBW fans know that Amy Roloff found deep love with Chris Marek. So many of them rejoice to see that she found love again after she and Matt got divorced. Interested in her life now, as she moves off the farm and into town, many fans watch her progress on social media. With Chris helping her out, Amy says that she loves a man who wears a tool belt. Meanwhile, fans notice and love his full smile.

TV Shows Ace reported that a few days after Valentine’s Day, Amy shared about her deep love for Chris. On her Instagram, she noted that there are loads of things to love about him.  Amy couldn’t believe it was actually their fourth time they celebrated the special day together. She noted the special things about him include the way he makes her laugh a lot.

Actually, the very moving post showed no doubt that Amy loves Chris and Chris loves the LPBW mom. Apart from all the support and love Amy gets from Chris, it now turns out he made the grade for even more love from Amy She shared about how much she loves a man who wears a tool belt. Amy shared about it over on her Instagram, and fans noted that Chris wears a full smile for once.

A man with a tool belt, one of Amy’s delights

Sharing two photos on her Instagram, Amy showed one of Chris and another one of her work desk. She captioned it with, “I think my babe looks pretty good in a work belt! 😍.” Next, Amy explained that she’s moving home and Chris helps out with both “big and little projects.” She mentioned that he just helped her put together her new office desk.” As Amy points out, “I couldn’t do all of this with out him. Babe, you’re the best.”

LPBW fans agree Chris is a keeper. One noted, “Chris seems like such a kind & caring guy! He’s a keeper! 😬👏” Then another person wrote, “Sounds like you have a handy guy like mine they ARE the best!! Happy for you 😊.” Other fans also loved the idea of someone who loves and cares for people and manages to help out around the home. It certainly looks like among Amy’s fans, DIY guys are hot property.

Little People, Big World fans noted that early on when they saw Chris on the show, he just grinned a bit self-consciously. One fan suggested he just felt awkward in front of the cameras at the time. Other fans picked up on that and quite a lot them commented on his beaming smile. One wrote, “Chris is heaven sent, he didn’t smile for the longest time, maybe camera shy, that big grin on his face is full of happiness, it’s so good to see both of you happy, must be doing something right.”

I think my babe looks pretty good in a work belt! 😍. I’m so thankful for all the big and little projects Chris is doing on the new house, including putting my new office desk together. I couldn’t do all of this with out him. Babe, you’re the best. ♥️ #teamwork #journeyofamyrandchrism #newhouse🏡 #projects #gettingitdone #verythankful #amyroloffssecondact

Well, fans will probably see a lot more of Chris Marek in the upcoming season of LPBW. Good Housekeeping notes the show returns on March 31 on TLC. Part of the season shows Amy moving into her new home. No doubt, fans see Chris right there helping Amy with her move.