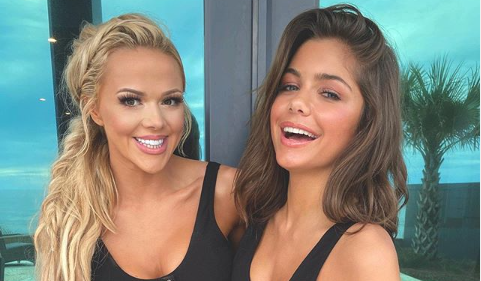 Fans are pretty sure Madison Prewett is going to take herself out of the running on The Bachelor. She’d expressed to Peter how she couldn’t continue if he slept with the other girls. He did and the episode ended with her very upset. She told him she couldn’t imagine him asking her to marry him when he’d just been intimate with someone else.

Fans are also starting to think Hannah Ann Sluss may also decide she’s tired of it all. In the promo Hannah Ann is standing with Victoria Fuller at the final rose ceremony and Madison isn’t there. The girls look more than just nervous, they look upset. Upset girls has been a theme for this season but getting down to the final three, they should be excited.

Does Hannah Ann Sluss Self-Eliminate Too?

The way both Hannah Ann Sluss and Victoria react to Madison’s absence seems to indicate Peter is not okay. According to Purewow they don’t seem to think they’re safe. Hannah Ann says, “it just makes me feel uncomfortable. I want to be here so bad. I want to feel chosen.”

In the past, the show has had a way of editing the previews to make them seem misleading. But no one seems happy at the final ceremony leading fans to believe Peter was going to choose Madison. The fact that she isn’t there could put him into a bad emotional state. That would explain why the other two girls feel uncomfortable.

Who Is Peter Apologizing To?

The promo makes it look like Peter is telling Madison, “I’m so sorry from the bottom of my heart.” Fans think it could also be Hannah Ann Sluss on the other side of that conversation. If she did feel he wasn’t in it with her one hundred percent, she would probably walk away.

It could go either way, he’s talking to Madison and he’s sorry he hooked up with his other ladies, or he’s sorry he doesn’t want to be with Hannah Ann. There’s also footage of his mother crying and telling him to, “not let her go.”

She’s only met Madison and Hannah Brown so it would stand to reason she’s talking about Maddie. There are some fans who hold onto the hope Hannah Brown is going to magically appear, but it isn’t looking likely.