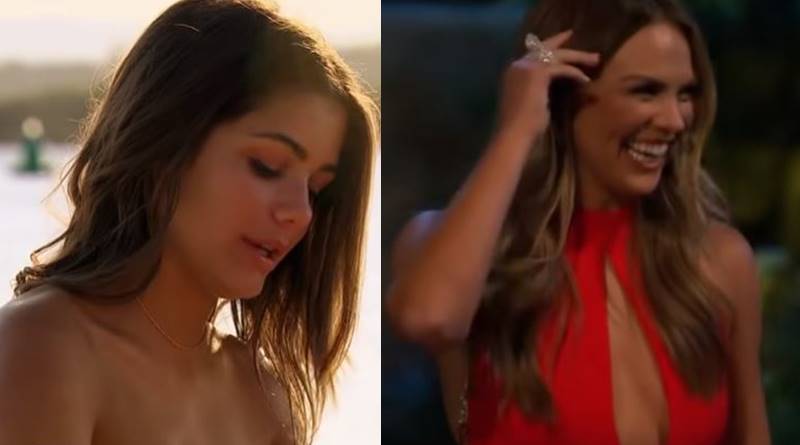 Bachelor fans noted that this season, the contestants for Peter Weber seemed like they were not supportive of each other. Notably, though, Victoria Fuller constantly encourages and compliments Hannah Ann Sluss. But when Hannah Ann pitched up on Hannah Brown’s Instagram, a critic slammed her for supporting another woman who dated Weber on The Bachelorette.

Taking to her Instagram on Wednesday, Hannah Brown, of The Bachelorette shared a few photos of her after she did some hair-flipping. She captioned it with, “If you like these, there’s more where that came from—like literally.” She added that she “took a thousand photos flipping [her] hair back and forth yesterday. 💁🏼‍♀️” Plenty of her fans came out and said that she looked very pretty and attractive.

One other member of the Bachelor franchise came in and added their thoughts to the photos. That was actually Hannah Ann  Sluss, looking to be one of Peter Weber’s final choices in his season of the show. Fans know that Hannah Brown and Peter Weber nearly ended up together during her season of The Bachelorette. In fact, everyone who follows the show knows they were intimate several times in the windmill. Hannah Ann said to Hannah Brown that she’s “beautiful.” But one critic hated the idea of that and slammed her.

The critic chipped in saying that they think because Hannah Anna says nice things about Hannah B, that it’s clear Hannah Ann never won Peter Weber’s heart. Others talked about how it’s all about empowering other women, and not seeing how that proves Hannah Ann lost Peter. But the critic felt, “I’m just saying it’s weird. Go comment on ur boyfriends ex’s pic and say she’s beautiful. Weird ok.”

Bachelor fans reminded the critic that support’s so important. One of them said, “I do want to point out that Cassie & Colton went to Dancing with the Stars to support Hannah? Just because you didn’t end up with that person doesn’t mean they can’t wish them happiness, love, & success. Please just be kind to each other, that is all Hannah Ann is doing.”

TV Shows Ace speculated that none of Peter Weber’s contestants would be chosen for The Bachelorette. It came after an ABC exec suggested that the women didn’t support each other enough. That came during an interview with ET Online. Robb Mills talked about the way “previous contestants supported each other.” In fact, he specifically mentioned Becca Kufrin. However, he went on and mentioned that “the Women Tell All” would address that with Peter’s The Bachelor contestants. We noted that “support seemed to be rather absent this season.”

Remember to check back with TV Shows Ace often for more news about the cast of ABC’s The Bachelor 2020.