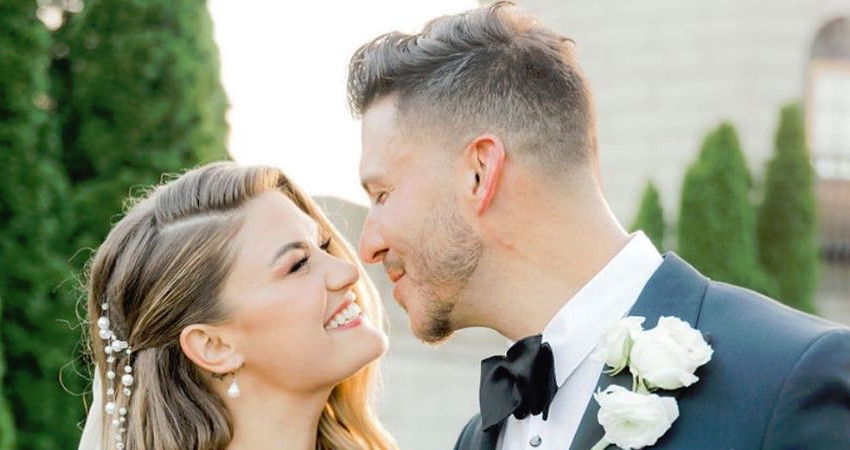 His girlfriend, Ariana Madix, was torn over attending the wedding alone or staying with Sandoval in L.A. The problem she is a bridesmaid, leaving two possible empty spots in the wedding party.

In anger, Jax offered Lala Kent’s producer boyfriend, Randall Emmett, the role of a groomsman, leaving Schwartz as the sole best man. Brittany asked Lala to be a bridesmaid between seasons 7 and 8, after Brittany felt bad for excluding her.

Between scenes of Jax and Sandoval arguing, VPR boss Lisa Vanderpump beckoned Brittany and Jax to her home. She had some sad news to share. Her mother unexpectedly passed away in London.

With the wedding just 10 days away (the show was filmed over the summer of 2019,) Lisa had to bow out of attending the wedding. Unlike at co-stars Schwartz and Katie Maloney’s nuptials, Lisa was merely invited as a guest, not tapped to officiate. Though, if she had officiated, none of the Season 8 drama would exist.

If you’re behind on VPR, Jax and Brittany’s pastor is a raging homophobe. Once this was brought to Lisa’s attention, the couple fired the pastor and asked pop star and LGBTQ advocate, Lance Bass, to lead the wedding ceremony.

When Sandoval brought up that the change was only made after Lisa said something, his friendship with Jax blew up. The former besties had a minor falling out during the Season 7 reunion and this was icing on the (wedding) cake.

Spoiler Alert: Lisa Made the Wedding, Thanks to Randall

TV Shows Ace reported days after the wedding in June that Lisa was able to attend after all. Bravo TV credits Randall Emmett for making it happen. The Hollywood hotshot loaned Lisa and her husband, Ken Todd, along with the couple’s beloved dog Puffy, his private plane.

It’s not really a secret that somehow Sandoval ends up not only attending the wedding, but appearing alongside Jax as co-best man. The only question is how did the former friends get to that point and why are they still feuding?

TV Shows Ace recently reported that Jax now regrets relenting and letting Sandoval stand up for him at the wedding. He implies that other people, perhaps his fiancee, pressured him into changing his mind.

A group shot of Jax’s groomsmen clearly shows Sandoval walking a few steps behind the groom.

Another photo from Jax’s Instagram shows many of her co-stars, including Ariana, in her bridal party.

Fans will have to tune in to the Bravo hit to see how the rest of the wedding transpires. In this preview clip for next week, things are still tense between Jax and Sandoval.

Preview for next week's #PumpRules

Jax must choose whether to forgive Tom, while Ariana struggles to find the excitement for her birthday party; Katie and Kristen argue if Carter should attend the wedding. pic.twitter.com/Pfolq5T7Bq