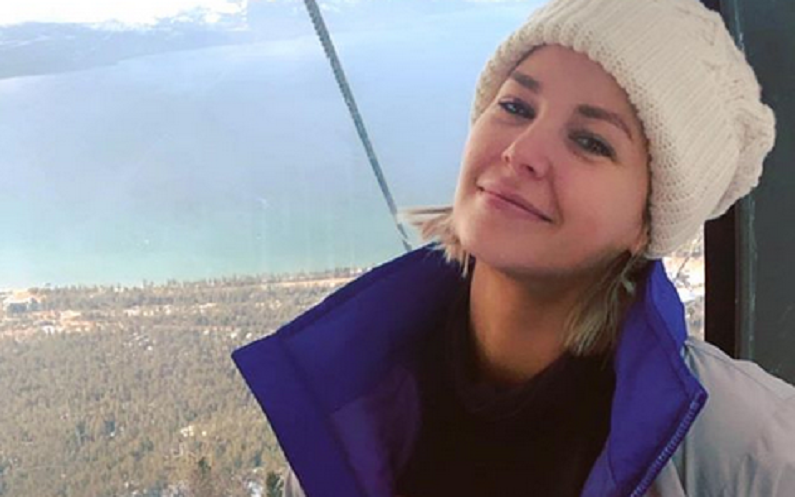 Ariana Madix from Vanderpump Rules is getting candid about her mental health. She talked about her struggles with depression on Tuesday night’s episode of the Bravo series. In the February 25 episode, Ariana had a sit-down conversation with her costars Lala Kent and Stassi Schroeder. Ariana admitted that she didn’t want to be involved with their group of friends.

She knew that this feeling was eating away at her, but she couldn’t explain it. Lala said that she often felt the same way. Ariana gets defensive and says she doesn’t enjoy “most things” anymore. She then revealed that she wants to drive off a freeway bridge when she goes home from work.

Tuesday night’s episode may has come as a shock to fans. It was even shocking for Stassi and Lala to hear about Ariana’s struggles, as Inquisitr reported. Stassi asked Ariana why she hasn’t told them about her mental health struggles before. Ariana explained that she feels she’s not in a safe place to discuss her mental health issues.

During a flashback moment, Lala describes Ariana as a “wet blanket.” She was also accused by Katie Maloney for acting like a sourpuss. Stassi even revealed her struggles with depression and anxiety during her own confessional. As the scene cut back to Ariana’s surprising admission, Lala breaks down and tells her that she would hope she would feel comfortable enough to come to her or Stassi about her problems.

“Hearing what Ariana has been going through internally breaks my heart because I get it,” Lala exclaimed. “I’ve been there. I had no idea that these were her thoughts or else I would have done something about this.”

Her skin cancer diagnosis contributed to her depression

Ariana was diagnosed with stage 1 melanoma in 2018. She underwent surgery to remove a mole and the surrounding lymph nodes. In an interview with Survivornet, Ariana Madix said she felt depressed when she couldn’t move past the post-recovery stage.

“I couldn’t do anything that was going to make me sweaty … and that’s actually a big deal for me in terms of mental health, staying physically active,” Ariana explained. “After that surgery, it was kind of rough.”

Fortunately, she’s been finding herself again. It’s been a long journey. She told Surviornet that her boyfriend Tom Sandoval has been supportive throughout her journey. He helped her break the pattern of depression. Ariana took little steps to feel comfortable enough to leave her house again.

“It was me, my best friend and my boyfriend, and [it] was my first venture out of the house,” she said. “It was a really great way to break that cycle of just sitting there and being like, ‘OK, my armpit hurts.’ It took my mind off of things and it brought me back to this world of fun and love and joy. That was a big turn around.”

Ariana started to prioritize herself. She exclaims that she loves doing little things for herself such as taking “long walks and things like that.” The reality star was also able to finish and publish her first ever cocktail book, Fancy AF.

In a previous episode, Ariana Madix and fellow SURver Dayna Kathan bonded over being bisexual. Ariana came out last season on the show after Tom revealed that she and Lala shared an intimate moment in the back of his car after a night out. Ariana was not happy with him. But that moment has since brought them together. Now that the two have settled down, she feels comfortable about her sexuality.

In an exclusive interview with Us Weekly, Tom said: “I think that the more you’re open and honest about who you are, I feel like it just makes you stronger in the end.”

He confirmed the two are now closer together and added, “It’s something I’ve known.”

Tom said that they are now in a better place in their relationship. But they don’t have any major plans for their future. Tom also exclaimed that Ariana is in a much better place since opening up about her struggles with her mental health. While he admits that they “go through phases,” they are supportive of each other.

Ariana Madix’s honesty is sure to inspire Vanderpump Rules fans who are going through the same struggles.