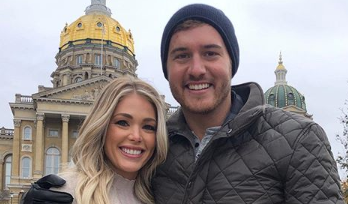 To say Peter Weber‘s season of The Bachelor is an all-time favorite among fans would be a lie. With that being said, there’s still a curiosity about how fans really feel about Pilot Pete.

Insight Pest recently published a survey for fans about what “bugs” them most on the Bachelor and Bachelorette. One thousand viewers were interviewed by the company, then all of their thoughts on Season 24 were compiled into some pretty entertaining results.

A more interesting statistic that came out of the survey was 93 percent of fans think Weber is a “bad” Bachelor. According to Yahoo!, it likely stems from him allowing the ladies to control the season. His decisions have been poorly timed and he’s allowed eliminated contestants to rejoin the show.

Peter’s lack of decision making lead the producers to take some matters into their own hands. Producer Chris Harrison recently opened up about their decision to have the ladies live together during the Fantasy Suite dates. Turns out, they chose this because they felt it would force some conversations that need to be had and wouldn’t happen without a push.

But is Peter Weber really a bad Bachelor? That’s hard to determine since the season hasn’t ended yet. But with the unconventional ride fans have had this season, you can’t blame them for how they feel.

From Hannah Brown to Alayah Benavidez, Weber has continually allowed the unrelated drama to consume this season. Being labeled a “bad” Bachelor might come off as harsh, but it’s not unfair to say it isn’t just a little deserved.

The other statistics, not directly related to Peter Weber, were also quite startling. The ending teaser left 87 percent of viewers feeling as though the real ending won’t meet its expectations. Hints about the finale have been dropped by ABC, but this season’s drama outweighs past seasons. It looks like fans don’t expect this year to be any different.

As expected, there are some overused phrases that fans are kind of tired of hearing. The top phrase from contestants that fans dislike is, “[NAME] isn’t here for the right reasons.” But “Can I steal you for a second?” came close behind in the rankings. As for the Bachelor/Bachelorette catchphrases that have become annoying to fans, “I definitely see my wife/husband in this room,” takes the cake. But “[CITY] is the most romantic city on earth.” is creeping into that category as well.

To be fair to the fans, it has been 24 seasons. At some point, they’d have to come up with some new catchphrases.