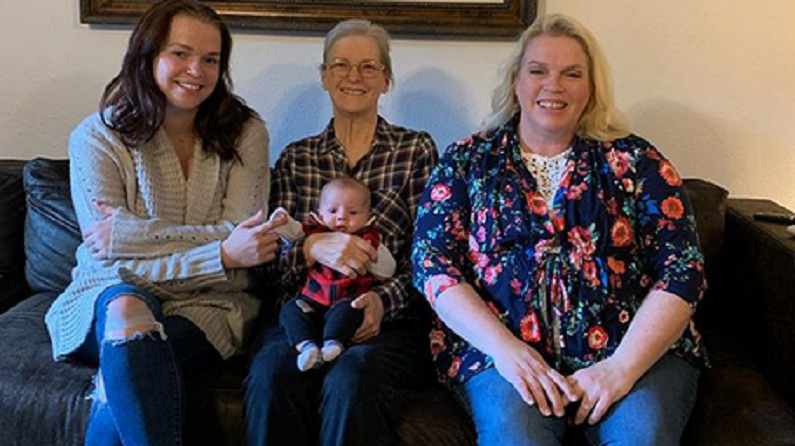 This season of Sister Wives is sure heating up. Kody Brown and his four wives have discussed tough topics like divorce. The TLC star has addressed his own difficulties with plural marriage. Kody’s second wife, Janelle Brown, is sharing some of her thoughts. Even though she’s married to a man who has three other wives, she feels that women should have as many husbands as they want.

She’s also opening up about the struggles of their early marriage. On Sunday night’s episode, Janelle admitted that she considered divorcing Kody at one point. But she feels that ending a marriage in a polygamous relationship is different from a monogamous one. Read on to learn more about Janelle’s shocking revelations.

This may come as a shock to fans. Sister Wives star Janelle Brown agreed to be in a plural marriage with Kody Brown. As In Touch reported, she also feels that women should have more than one husband.

The conversation started on Twitter. A Sister Wives fan posed the question, “Why can’t a woman have multiple husbands and be in a plural marriage?”

Janelle appeared to be down with the idea. She wrote: “I’ve met families that are structured in that way, it’s not our paradigm but consenting adults should be able to choose. As long as there is [no] abuse or fraud.”

This comes as a shock since the Browns shared a different viewpoint on the TLC show. Back in 2011, Janelle said that choosing brother-husbands would go against their faith.

“Religions have rules and beliefs, and it can even be simple as conduct in a marriage or foods that you can and can’t eat,” she explained. “Every religion has rules that they think bring them closer to God. That is how it is for us.”

Kody Brown said he was “sickened” by the idea. When he was on a date with Meri, she asked him how he felt if she married another man. He was so disgusted over the idea that he couldn’t even imagine it. He also feels that they would be going against what God wants for them.

“The vulgarity of the idea of you with two husbands or another lover sickens me,” Kody said. “It seems wrong to God and nature. I understand this seems somewhat hypocritical, and I don’t know how to get around it.”

Janelle also tweeted that there is “no ‘right way’ or ‘only way'” to have a plural family. She seems to be fine with plural relationships as long as it works for the parties involved.

Janelle and Kody talk about plural marriage and divorce

During the Sunday, February 23 episode titled “Doubting Polygamy,” Janelle admitted that she considered leaving Kody early on in their marriage. The episode followed Kody talking to his friend Kyle Henderson, a fellow polygamist who also dealt with divorce. Kody told the Sister Wives producers that he believes that every polygamist considers leaving a plural marriage at one point in their lives.

“I mean, I think divorce is a different proposition when you have a plural family,” Janelle chimed in. “There was a time when my kids were all very little that I really did think about leaving.”

However, she did more than just “consider” leaving him. She ended up leaving Kody for two years, as Showbiz CheatSheet reported. Janelle tried to make herself happy with a new house and car. But it was their family structure that made her return to plural marriage.

What are your thoughts on Janelle Brown’s shocking revelations? Sound off below in the comments section.

Don’t forget to check back with TV Shows Ace for the latest news on the Sister Wives.