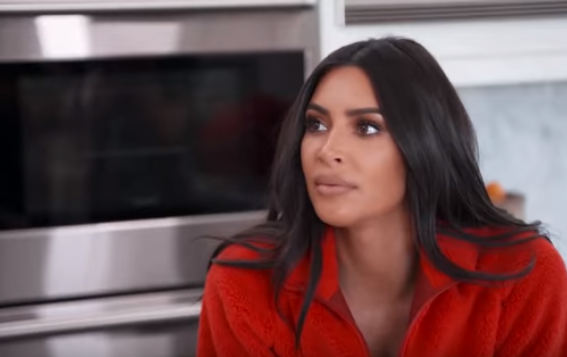 Kendall Jenner teased that things between Kim Kardashian and Kourtney Kardashian were going to heat up in the new season of Keeping Up With The Kardashians. The new teaser for the season shows things getting a little… physical.

Kourtney Has Been Fighting Her Siblings For A Long Time

E! released a trailer for the upcoming season and it is undoubtedly wild. It featured some footage of Kim and Kourtney getting into a fight, not their usual type of fight, a physical fight. It seemed as though Kourtney threw a water bottle at Kim and Kim responded with a punch. “Don’t ever come at me like that,” Kim said.

But, according to Elle, the sister’s relationship will improve throughout the season. Kim spoke with Ellen DeGeneres in December, she said they healed their relationship after their blowout.

Kourtney’s tension began with her siblings when she announced she wanted to step back from the show. Kourtney felt she needed to focus on motherhood and her personal life.

Kim even said in a previous episode that it’s part of their job to be open and honest and share a lot of themselves. She felt that Kourtney hadn’t been doing that over the past few years. She feels she hasn’t been as open as everyone else about her personal life on camera. “If we’re not sharing our lives, then what is the show?” Kim shared.

The Sisters Begin To Understand Each Other

Kim Kardashian said she and Kourtney took a trip to Japan together. She explained how they’ve taken the time to listen to each other and actually hear each other out. She went on to say that Season 18 shows the situation between them getting worse before it gets better. But rest assured, they healed their wounds and came to an understanding in the end.

Last month, Kendall told Ellen that Kourtney didn’t leave the show, she’s just reducing her time on it. She says Kourtney has boundaries, which is understandable and sometimes even necessary in their situation. Kendall claims she hasn’t always allowed the entirety of her personal life to make its way onto the show. But it’s been different for Kourtney, she allowed that to happen so for her to make that change is a bit more of a shift. Kendall shifted back to Kim and Kourtney’s relationship. “Let’s just say it gets a little crazier before it gets any better, and there’s some pretty crazy things that happen.” She said.