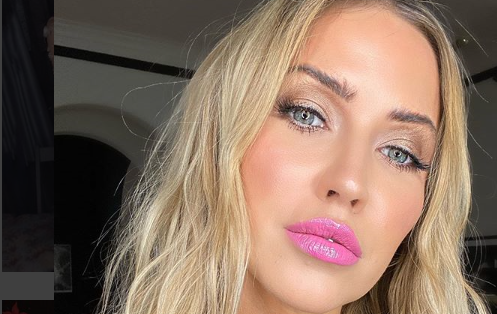 There was speculation Peter gave her the wings he’d given to Hannah Brown and that had everyone thinking he’d chosen her. Kaitlyn Bristowe went right to the source, and she was happy to share what she found on Strahan, Sara, and Keke. The former Bachelorette wasn’t shy about getting answers.

What Did Kaitlyn Bristowe Find Out?

Kaitlyn Bristowe didn’t want to speculate. She went right to Victoria’s DMs and asked her. Bristowe said, “I got to the bottom of this one.” When she asked Fuller what she was holding, she told her it was her hotel key.

Not the answer a lot of fans thought they were going to get, but at least they don’t have to wonder now. Sara Haines said Kaitlyn was a dream crusher. Maybe Peter is holding onto those wings to give them to someone else.

What Did Kaitlyn Say About Madison’s Cliffhanger?

Bristowe said she had a theory about Madison walking away. She said according to People, “It wasn’t like a, ‘kay bye I’m done,’ it was like a, ‘oh I’m being called by the producer, I’m gonna walk away and it’s going to look dramatic so that we’re all tuning in next week.” Fans are happy Madison stood her ground and was true to herself. Peter begged her to stay but it might be too little too late. As Madison told him, “actions speak louder than words.”

Since the previews showed Madison unaccounted for at the final rose ceremony there are lots of theories going around about what may happen. Fans are anxious to see and continue to follow the drama in next week’s Women Tell All episode.