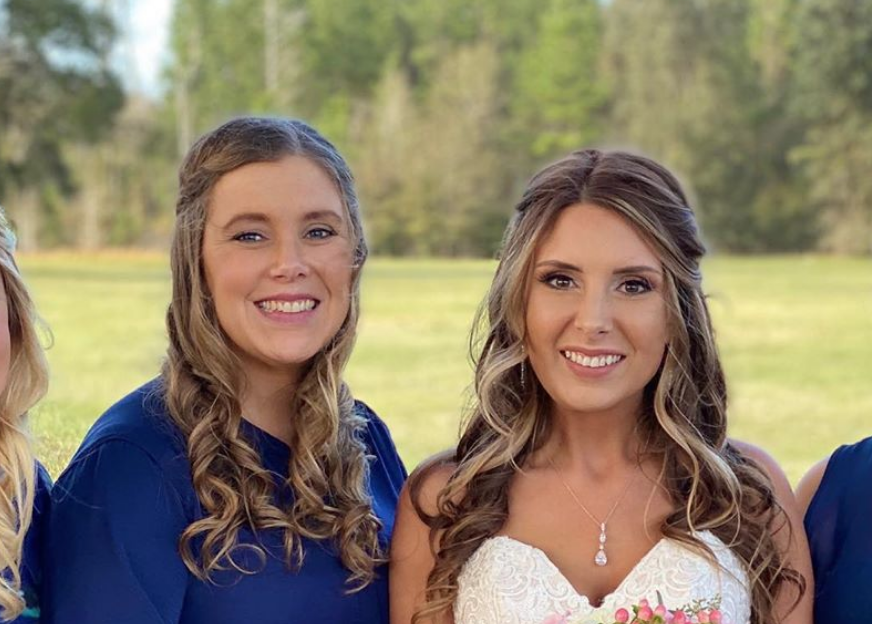 TV Shows Ace reported that Anna Duggar‘s sister, Susanna Keller, got married. This was an exciting time for the family, so they documented it on social media. One of those pictures features Josh, Anna, and Maryella with Susanna and her new husband, York. Other pictures feature the Keller family and some shots from the wedding.

On Reddit, a user shared the photo that was posted by Susanna. The user pointed out that Anna is leaking milk in the photo, but her sister still shared it on social media. As Duggar fans know, Anna is a mom to six children. Her youngest child was born in November, so she is currently breastfeeding.

One user said, “Eek, yeah, I’d be pissed with that being posted, but, also, she’s got at least six kids, right? She’s breastfed all of them. Has she not heard of nursing pads before?!?”

Some fans argued that Susanna probably didn’t even notice the leak. She was probably more focused on sharing a photo with everyone smiling and looking at the camera. Plus, fans think she had tons of photos to look through from her wedding day. It’s possible that Susanna didn’t notice. Some Reddit users said that it took them a minute to see what the other users were talking about.

Few Duggar fans believe that Susanna shared the picture to embarrass her sister in any way. Though Anna’s sister shared the photo without editing it, Anna wasn’t going to let that fly.

Anna decided to share the photo herself, but she wanted to edit it first. When Anna shared the same photo on her own Instagram account, fans were quick to notice that the milk leak spot was gone.

It was so exciting to celebrate with my younger sister Susanna & her husband York on their special day! 👰🏼🤵🏼 • What a beautiful day for such a lovely couple to commemorate their wedding with a beautiful reception and fun time with family & friends. 🤍 • • • • #littleduggars #barnreception #bride #sistersquad

Overall, the pictures look very similar. The lighting or filtering is slightly different in each one, but it’s nothing major or unnatural. But, Duggar fans can obviously tell that the milk stain is no longer there.

So far, no one in the Duggar family has mentioned the photos, and it’s unlikely that they will. Only a few of the family members address the comments they get, especially if they aren’t so positive.

In another Reddit thread, the topic was discussed again. Duggar fans and critics are impressed with the editing job Anna did. A couple of users wondered if her sister-in-law Jana had done the editing due to some prior editing she’s done. No matter what, fans of the family love the pictures from the wedding.

What do you think of the wedding pictures? Do you think that Susanna intentionally posted the picture, or do you think it was an accident? Share your thoughts below.