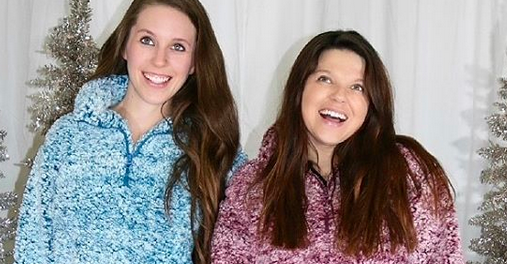 It seems like Amy King, cousin of the Duggar kids, is enjoying motherhood. She only became a mom last year, but she’s already in the groove of things. She previously shared about how her mom helps her out with Daxton.

And, based on her recent Instagram post, it seems that one of her favorite things is seeing her husband Dillon with their son.

In an Instagram post on Tuesday morning, Amy talked about an exciting milestone for her little family. She wrote, “Last night was the first night Daddy tried to put him to sleep on his own without me! It’s so important that they have their own night time routine and sweet bonding time without mom around.”

Lots of Duggar fans and other fans of Amy commented and applauded her for giving Dillon and Dax this time together. They love that she was able to sneak in to document it too. Some of her followers even shared their own similar stories.

As Amy’s caption continued, she wrote, “So I was in the next room getting some work done and I hadn’t heard them in awhile so I decided to check on them…AND y’all…. MY OVARIES!! babe if you see this let’s adopt like 50 children!”

Of course, Amy’s not really going to have 50 children. One of her followers, who is likely a Duggar fan, asked, “50 kids and counting in your future?”

Amy seems to like motherhood enough that she wants to have more kids.

She and Dillon are slightly older and got married a little later than the rest of the Duggars. She’s not too old to have kids, of course, but she could have less time.

Last night was the first night Daddy tried to put him to sleep on his own without me! It's so important that they have their own night time routine and sweet bonding time without mom around! So I was in the next room getting some work done and I hadn't heard them in awhile so I decided to check on them… AND y'all …. MY O V A R I E S !! 😍💯 babe if you see this let's adopt like 50 children!✔❤ you're the best Dad! What a perfect unfiltered moment. I'm so glad I walked in!;)

Since Amy’s comment about adopting 50 kids is a joke, she may not be serious about adoption. She could’ve just said she’d adopt that many because she can’t possibly have 49 more kids biologically.

There’s always a chance that Amy or any of her Duggar cousins might adopt. No one has done it yet. Only time will tell whether Amy might adopt or have more kids biologically. 50 kids is a lofty goal, and both Amy and her followers know it’s all a joke. But, maybe this is a hint that they’ll be having more kids eventually.

What do you think of the sweet picture of Dillon and Daxton? Do you follow Amy for the cutest updates? Share your thoughts below.