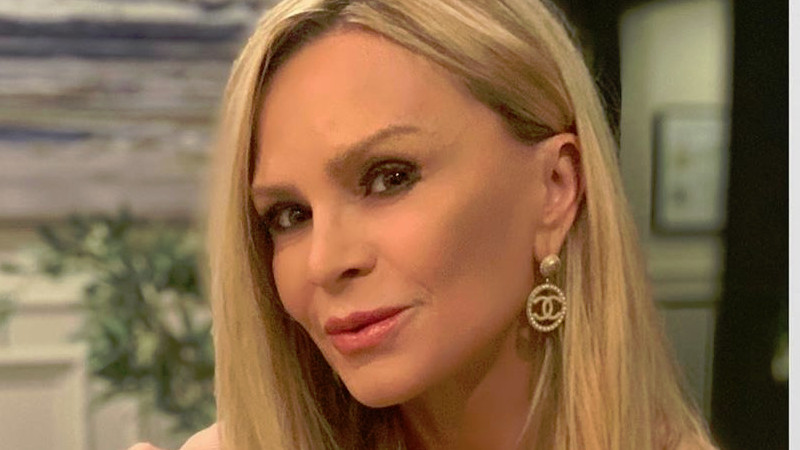 It looks like The Real Housewives of Orange County star Tamra Judge only owns ONE house now. Fans may remember a heated Twitter feud the Cut Fitness owner had with then-co-star Kelly Dodd over finances.

When Kelly shaded Tamra for the location of her new home, calling it “the sticks.” Tamra fired back by asking how many houses Kelly owned because she owned two.

A post shared by Real Housewives (@realhousewivesfranchise) on Aug 6, 2019 at 6:31pm PDT

Tamra has had a busy month. In January, the reality star shocked fans by quitting RHOC after 12 seasons. Last week she revealed that her ex-husband’s illness played a role in her departure. Now she reveals that she recently sold her home without ever putting it on the market.

The former RHOC star admits that the timing looks suspicious. Appearing on the podcast, Jeff Lewis Live, Tamra joked that people will say she can’t afford the house now that she’s not raking in a Bravo paycheck.

However, according to Tamra, her real estate agent had someone interested in buying the house, despite it not being officially for sale. Tamra says,

Our house wasn’t even on the market! My good friend Shelley Black…she said, ‘Hey, I have somebody who wants to buy your house.’”

Tamra’s realtor is the same one who originally helped her purchase the home in 2018 for a cool $2 million. During the podcast, Tamra revealed that the new owner paid $200,000 more than what she paid two years ago.

Is real estate in her future? Tamra opened up about still having her realtor license and that she and her husband, Eddie Judge, plan to start flipping houses, People reports.

Tamra Judge Speaks Out Against Bravo Producers for ‘Fake’ Scene

While appearing on the podcast, Tamra repeated her allegations that the SUV scene on RHOC was faked by producers. TV Shows Ace reports that the audio was spliced together through one-on-one interviews.

According to Reality Blurb, Bravo didn’t like the ‘Tres Amigas’ moniker, believing it distanced Tamra, Shannon Beador and Vicki Gunvalson from the rest of the cast. In fact, Tamra points to Bravo’s dislike for the rest she got a “shady” edit during Season 14.

While Tamra won’t be on Season 15 of The Real Housewives of Orange County, she outright said on the podcast that Bravo exec, Andy Cohen, asked her to return for season 16.

While Tamra never got long with Kelly, she has no problem with former co-star Gina Kirshenheither. The former RHOC star posted a photo of the two playing tennis earlier this week. In the comments, Gina calls Tamra her ‘mom.’

Tennis 🎾 with @ginakirschenheiter . She kicked my butt 😩 Show them how it’s done this year girl #RHOC

The Real Housewives of Orange County returns to Bravo after this year without Tamra or Vicki.

‘The Young And The Restless’ Spoilers, June 7-11: Chelsea In the Hot Seat, Amanda Stunned
Is ‘Counting On’ CANCELED? Abbie Duggar Drops More Hints
‘Horrible’ Photos Of Josh Duggar With Minors Resurface Following Arrest
Elizabeth Johnston Adds A New Member To Her Family: Meet Georgia
Jinger Duggar Proves She’s Not Like The Rest Of Her Family