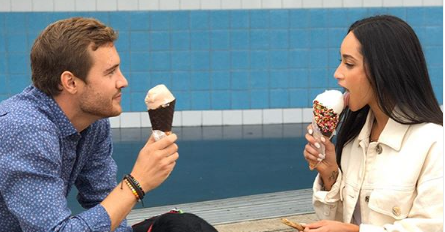 Fans of The Bachelor have been a bit confused with Peter Weber’s decision to keep Victoria Fuller as one of his final three. For one thing, they had a huge fight before he was supposed to meet her parents. He left instead of meeting anyone and their relationship still seemed strained when she came to see him the next day.

Over time not only has Victoria Fuller been unclear about what she wants, she’s been confrontational. At one point she told Peter he was always in a mood. Yet, going into Fantasy Suites, Victoria Fuller will be one of the contestants still in the running. So, the preview for tonight should show her finally telling Peter how she feels. It seems that’s not something she’s quite ready to do.

The preview shows Victoria Fuller asking Peter Weber to spell out for her what he wants. She says, “I feel like we need to have more of a conversation. We need to talk about, like communication, because communication…. is the biggest thing in a relationship.”

However, after Victoria Fuller asks him to spell it out for her she seems to still not understand. She repeats that she doesn’t know what he wants. Fans pointed out Victoria says, “I don’t know,” and “I’m trying,” more than anything. One fan said, “I’ve never seen anyone try so hard at not trying.”

What Does Peter Weber Want From Her?

Peter Weber has been up front about what he’s looking for. When Victoria Fuller asked him to spell it out, he did. He said he needs, “that 100 percent confidence in knowing that I can always count on you.” According to Cosmo, he pointed out she’s ran away several times. Victoria acknowledges that’s true and then immediately shut down.  This seems to be her go to reaction anytime she’s confronted by something challenging.

Fans are tired of her saying she is trying to communicate and then just walking away. There have been reports she’s playing this meek and mild girl. Peter Weber’s ex-girlfriend said she’s not who she says she is. With all these conflicting reports and then her crazy behavior on the show it’s no wonder fans are done with her. There’s not much longer until Peter has to make a decision. Fans are not sure what to expect from Peter because he continues to keep her around despite not being sure.

Don’t miss new episodes of The Bachelor on Monday nights on ABC.