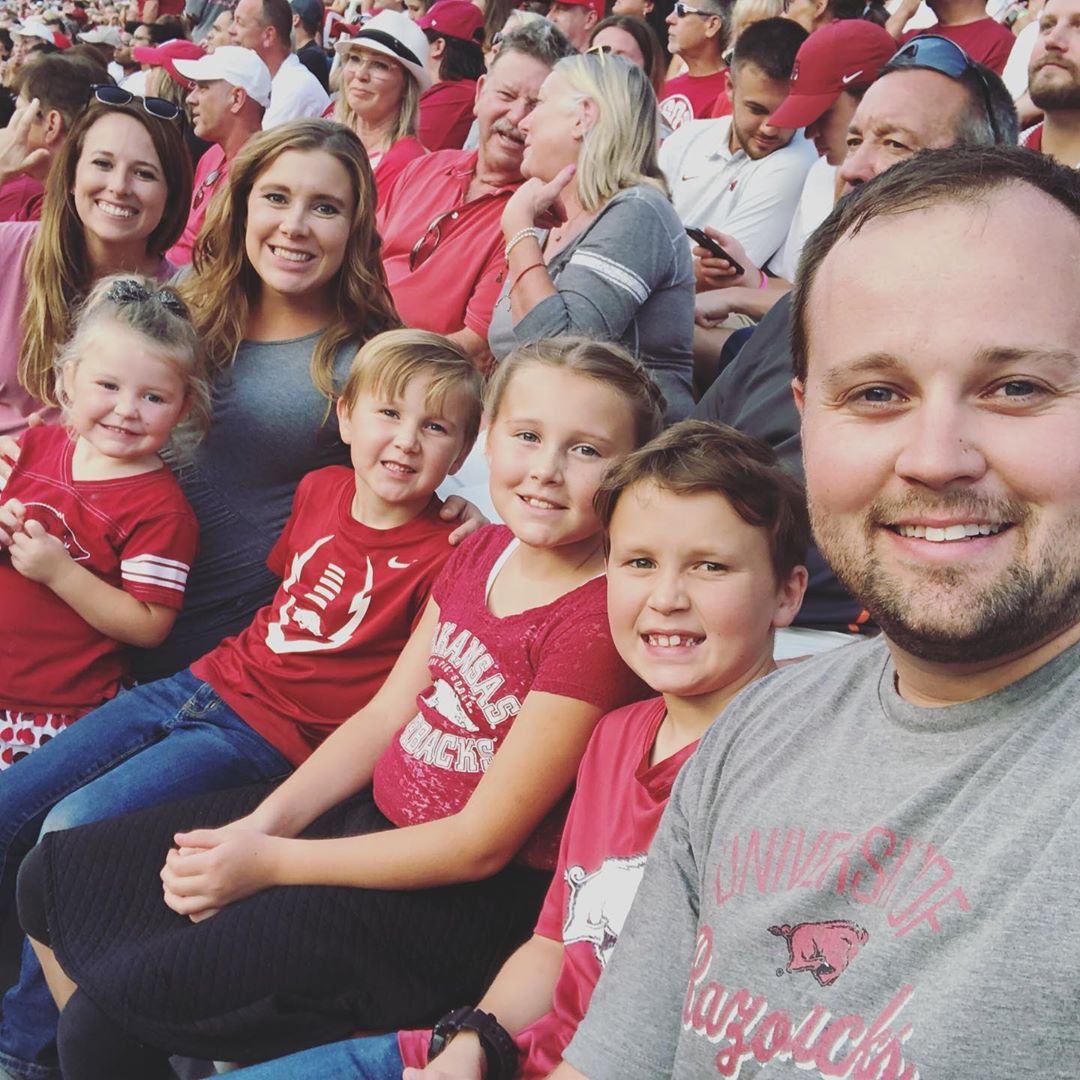 Looking after six kids is hard work. They say it takes a village just to raise one. That’s okay when it comes to the Duggars, right? There are enough members of the Duggar family to pitch in.

However, the Duggars tend to follow gender roles. The men will be the breadwinners while the women will look after the children and the house. That’s the way it is for the most part when it comes to Josh and Anna, but it turns out the eldest sibling does do some work in the kitchen now and then.

Josh Used to Cook at Home

Anna took to Instagram to share a photo of her six children fishing. With some good weather, the family decided it was time to get outside and fish their own dinner. That led toa comment from a fan, asking whether Josh helps out at all or leaves all the cooking for Anna to do.

It wouldn’t have been all that surprising to hear that Anna was left alone to do the work. This is something that the Duggar family is known for, just like many other families in their religion. It’s all about taking on gender roles, and most of the family doesn’t seem that bothered by it.

However, we also know that the kids used to cook on 19 Kids and Counting. Michelle often shared that the children would take turns cooking dinner, with meals planned out two weeks in advance, as Cheat Sheet reminds us. The children would pick the meals they wanted to help make.

It shouldn’t be all that surprising that Josh can cook. However, Anna certainly does the bulk of it, with Josh helping out now and then.

Sometimes when the weather is nice you’ve gotta change plans and go fishing! 🎣 We had such a nice time at the pond earlier this afternoon. The brothers 🧑🏼👦🏼👦🏼 and sisters 👱🏻‍♀️👧🏼👶🏼 competed against each other and ended up with a tied score… The girls and boys each caught a grand total of… 🥁 0! I guess the fish outsmarted us this time! 🐠 🐟 • • • #littleduggars #Mackynzie #Michael #Marcus #Meredith #Mason #Maryella #Duggar #fishing #childhoodunplugged

Josh Duggar Isn’t Included Much on Counting On

Fans don’t hear about Josh all that much on the TLC series. The only way anything about him comes up is through Anna on Instagram. Josh was involved in cheating and molestation scandals, which almost led to the complete end of the Duggar empire.

One thing is clear. Josh still follows the rules and beliefs set when he was young, especially when it comes to the women. However, he will help out sometimes.

Stay up to date with all things Duggar by following TV Shows Ace.