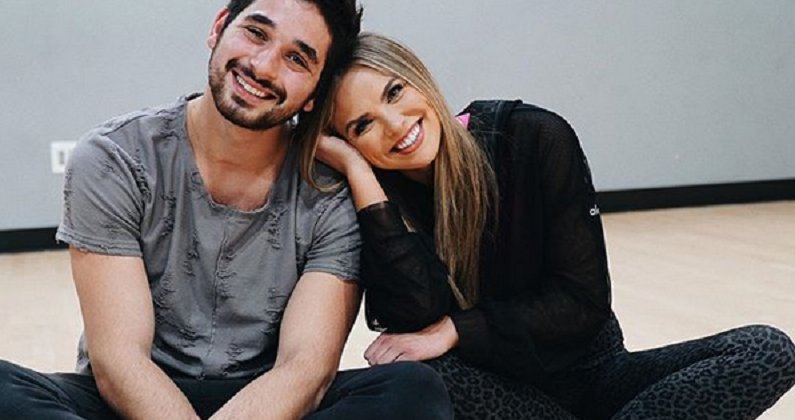 Hannah Brown became a big part of The Bachelor franchise. She was the lead of The Bachelorette during Season 15. She then made a not-so-surprise appearance during Peter Weber’s season of The Bachelor. No matter what, Hannah was true to herself and tried to find love. Even if it didn’t work out in her favor.

Bachelor Nation already knows that things didn’t work out with her final pick, Jed Wyatt. She also tried to make things work again with Peter. Since Peter’s season is slowly coming to an end, fans wanted Hannah to reprise her role as The Bachelorette again for Season 16. They really don’t like Peter’s crop of contestants. But the Dancing with the Stars champion has no time for love and she is fine with that.

Hannah Brown says she will be fine without the Bachelor franchise

As Showbiz CheatSheet reported, Hannah Brown revealed that she wants to find love on her own terms. She no longer wants to rely on the Bachelor franchise to help her find love. She made an appearance at Scrubbing In with Becca Tilley & Tanya Rad’s live show in Los Angeles on Thursday, February 13. During her appearance, Hannah opened up about the possibility of becoming the bachelorette again. The DWTS winner seemed fine with her decision.

“I think being the bachelorette is a way to find love. I don’t think it’s my only option, though,” Hannah said.

It’s not what you think. Hannah isn’t dissing the Bachelor franchise. She admits that “there was a lot of good” that came from the ABC series. But she hopes to meet “the one” inside a coffee shop rather than on a reality show.

Later, Hannah admitted that she wasn’t sure if she should be the bachelorette for the second time. She previously revealed that she is focusing on her career instead. Hannah said that she is busy “building a home” and taking on “other opportunities” at this time. Even if she didn’t find love, she ended up gaining confidence.

Hannah credits her newfound confidence for making her feel comfortable with being single. She still acknowledges her desire to find someone special. But it doesn’t dictate her life like it used to.

“I don’t need a man. I want a man. And I think that’s OK,” Hannah continued. “I’m just learning to be patient and to find happiness in where I’m at now.”

She’s fine with her life in the present moment, whether or not she returns to the Bachelor franchise.

“I think I’m going to be OK regardless,” she added.

Former Bachelorette is “not actively” looking for love right now

The former pageant queen also spoke out on social media about her relationship status on Thursday, February 20, as reported by Bustle. Hannah posted a video to her Instagram Story in which she exclaimed that she’s not “actively pursuing or looking for love.”

This bold statement came after a fan asked if she’s still looking for “the one”. But Hannah is still “open” to finding love one day. Just not now. She also said that being the bachelorette taught her about having a relaxed approach when it comes to dating.

“I just want to kind of vibe with a person,” she added.

Last month, Chris Harrison teased that ABC producers were considering having Hannah reprise her role on The Bachelorette for a second time. But then the host said that Bachelor Nation should also have control over who should become the lead of the franchise.

What are your thoughts on Hannah Brown not becoming the bachelorette again? Sound off below in the comments section.