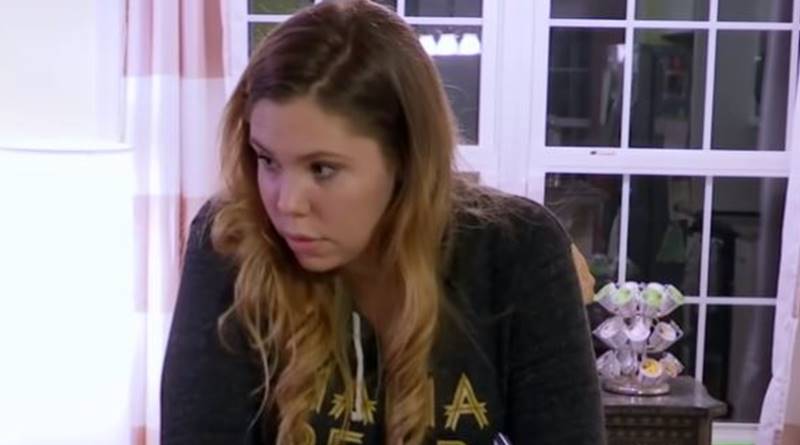 Teen Mom 2 fans heard that Kailyn Lowry’s expecting another baby. Now, she took to her Twitter to say that she’s suffering from restless legs. It’s not uncommon in pregnant people, and others suffer it for years. Fans responded with some hilarious comments, but a lot of tips also went Kailyn’s way.

Restless legs syndrome (RLS) affects a lot of people but for some women, it’s more prevalent during pregnancy. Kailyn’s pregnant, and TV Shows Ace reported when she made the announcement she was 16 weeks along. That means she’s heading for 20 weeks now. On Saturday, Kailyn took to her Twitter to complain she’s got the restless legs problem. Well, some hilarious comments went her way. But some people gave her advice.

Teen Mom 2 fans came with so many tips, old wives tales, and sensible suggestions, it’s not certain that Kailyn’s gonna know which ones to try out. But first, unsympathetic fans joked about her legs and the position she put them in to conceive. One wit noted, “Do they miss being up in the air?” Below the belt perhaps, but funny anyway, one fan noted, “I’m not a Kail hater but this was funny in general.”

Tips for Kailyn’s RLS pour in

It certainly looks like loads of people suffer from the unfortunate syndrome. It causes a sort “tingly” feeling that becomes an overwhelming need to move, stretch, etc. So, disturbed sleep patterns result. That’s pretty horrid but even worse if you happen to share a double bed with a partner. Fidgeting and stretching ends up with both people feeling sleep-deprived and grumpy.

Here’s what a few Teen Mom 2 fans suggested Kailyn can do about the condition:

What do scientists know about RLS?

According to WebMD, nobody really knows what causes RLS. They suggest that some scientists think it might be related to the chemical dopamine. And, yes, the suggestion to check those iron levels is something else the site recommends, along with folic acid levels. For pregnant women, the site notes that unfortunately, it can be related to longer labor and the possibility of needing a C-Section.

In any event, the medical site notes that people like Teen Mom 2‘s Kailyn who suffer from it overwhelmingly should check with their health specialist. Do you suffer from restless legs? Sound off your thoughts in the comments below.