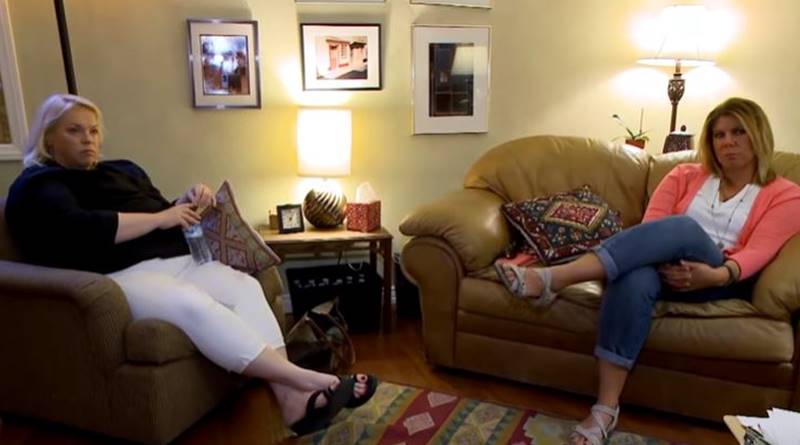 Sister Wives on TLC isn’t the only program about one man and multiple wives. Recall Seeking Sister Wife that debuted in 2018? Brandy, one of the stars from that show explained that it’s important to be a friend of a potential wife before they join the family. But it looks like the wives in Kody Brown’s family simply don’t like each other.

Sister Wives and the need to be friends

Last year, TV Shows Ace did two exclusive interviews with cast members of Seeking Sister Wives. The first one, April Briney, was filmed for the last season but it never aired as she took her kids and left Drew. In her Interview, giving advice to people considering polygamy, she noted something important. She said, “Try to establish a strong friendship with the other wives before you get married, a connection that is independent of the husband.”

Then, in an interview with Brandy, who fans might recall considered becoming a second wife to Paige and Bernie McGee said something similar. She told us that it’s “important to make friends with the women in a future relationship.” But the Brown family of Sister Wives, long-known for their TV show, seems unable to do that.

This season, it seems the Browns are more divided than ever

The current season of the TLC show brings Robyn and Kody going at each other over Meri. Plus, in the past, we saw Christine explain that she can’t get along with Meri as she brings”baggage.” Then, we saw the old scene where Janelle Brown felt she couldn’t even think of conversation when in the same car as her. With the differing opinions now that Kody wants a new giant home where they all live together, consensus seems far away.

With Christine hating the idea and wanting her independence, it’s obvious she suffers from issues with the other wives being with Kody. Even Robyn Brown agreed that watching Kody step out with another wife would not be easy. Cheatsheet looked into the history of these wives and their friendships, or lack of them. They conclude that they don’t fit the definition of friends at all.

Even if they were friends, does Kody put his wives against each other?

Possibly, slight friendship once existed between the wives. However, it’s also possible that Kody keeps them at each other’s throats for his own benefit. Cheatsheet argues that he looks to be in an almost monogamous relationship with Robyn. They noted, “It’s plausible that Kody would want his favorite wife to hate the others, so he feels like he has an ally within his home.”

What do you think about the fact that the Sister Wives women simply don’t seem to like each other? Are you surprised at that? After all, other people who lived that lifestyle felt being friends was vital to a successful multiple marriage. Sound off your thoughts in the comments below.