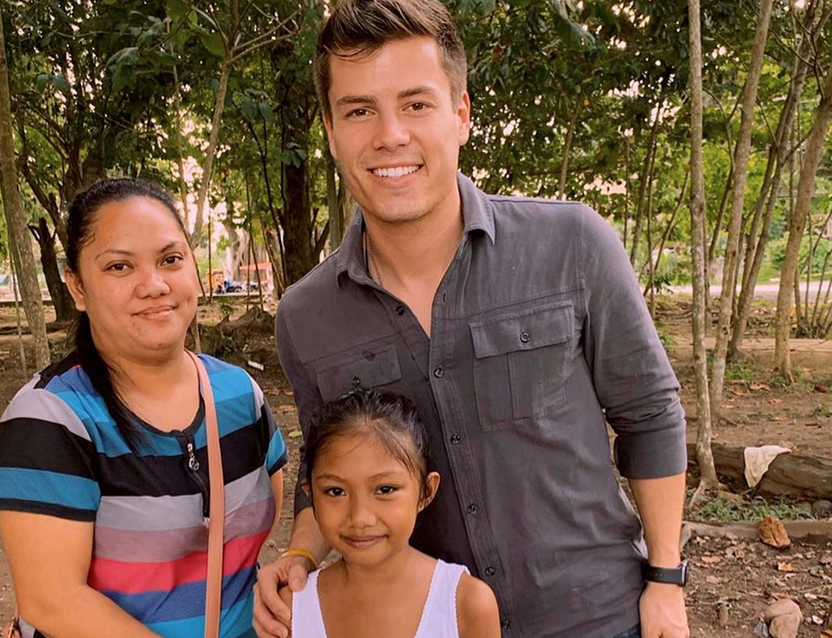 If you’re a fan of the Bates family of Bringing Up Bates, you may know what Lawson Bates has been up to lately. On his Instagram page, he has been sharing all about a young girl named Esther. He has been in the Philippines with her. Thanks to social media, the Bringing Up Bates star has been able to raise money to help pay for the girl’s lifesaving surgery. Now, Lawson has returned from the Philippines. He’s providing an update on Esther’s health too.

Lawson Bates returns from the Philippines

On Friday evening, Lawson’s family revealed that he had returned home from the Philippines. On Carlin Bates’ Instagram story, she documented his return. The family hung a sign outside to welcome him home. 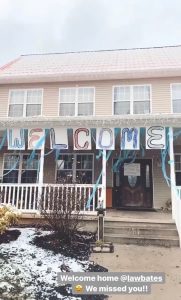 His return is a pretty big deal because he got the chance to meet his new niece, Layla Rae. Carlin documented this special moment on her Instagram story. Lawson also got to hang out with Chad and Erin Paine’s baby, Holland. 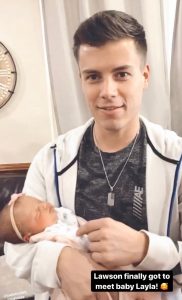 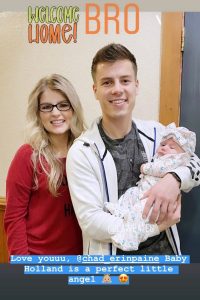 Carlin also shared a snap of her brother telling the family all about Esther and how the young girl is doing. It looks like the whole family was thrilled to see him. 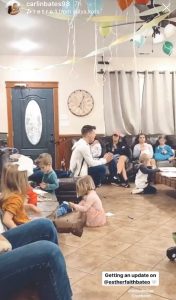 How is Esther doing?

In an Instagram post, Lawson Bates updated his followers about Esther. He wrote, “We’re not out of the woods yet, but after last week’s first successful procedure, (stenting of the RV outflow tract) Esther is back on the right path! We’ve setup coordination with Esther’s doctor’s in Manila and the U.S. specialist’s so that as soon as her heart numbers are improved enough from the first procedure, she’ll be able to travel for the full open heart operation she needs. I’ll be flying back to the Philippines with a U.S. Doctor to travel with her and her mother for that repair in just a few months!”

While he was in the Philippines, he also provided updates. His fans enjoyed keeping up with her progress, but not all of the updates were positive. This also gave his followers a chance to donate to the Go Fund Me.

PRAYER REQUEST: I’m currently in the Philippines to help a precious 10 yr. old girl from Leyte, Philippines, that I’d like to introduce you to. Esther Faith is a joyful, fun loving, energy giving normal little girl… except, her life is in danger and she’s in desperate need of a life-saving heart surgery to repair a congenital heart disease called Tetrology Of Fallot. Left untreated, this defect causes heart failure & premature death. The surgery required is usually performed before 2 yrs. old, however, this wasn’t available to her & her condition becomes more critical each day! I first met Esther on a disaster relief trip with a Medical Missions group, MEDIC Corps. It’s a miracle that this little fighter is still alive, but recently, her condition worsened and she was admitted to the ICU. I was burdened to see her get the help she needs, so I traveled to the Philippines in November with a pediatric ICU nurse to assist in arrangements for Esther & her mother to travel to the U.S. for treatment. Esther was flown to Manila & admitted to the Philippine Heart Center for more procedures to confirm the urgency of an operation. Because of several critical factors, including Esther’s extremely low ejection fraction/cardiac output & her age, this surgery isn’t possible for her in the Philippines, so we’ve presented her medical file to several top U.S. pediatric cardiology hospitals, where she can receive the operation & post-operative care needed for recovery. Esther’s case has already been reviewed & accepted by a surgical team. Upon arrival in the U.S., she’ll be admitted for an echocardiograph & prepped for open-heart surgery. The estimated total cost for this is $164,000, but negotiations are being made on Esther’s behalf to drastically reduce that cost. Time is not Esther's friend & she needs medical attention immediately. A GoFundMe account has been set up for Esther (you can contribute by clicking the link in my bio). Thank you for your prayers and generosity! Esther & her family are forever grateful for so many who’ve shown love & support, & who’ve contributed to helping her experience a normal, healthy childhood! Much love, – LB

Bates family claps back at criticism

TV Shows Ace previously reported that the Bates family received some hate over one of Lawson’s posts. Someone commented and asked, “I have a question and I’m not trying to start any agreements this a light question. While alot and I do mean alot of people have donated for this little girl has @lawbates and the rest of the Bates family donated to help this little girl while he has us fans to help has any of them donated?”

Then, the Bates family clapped back and revealed everything they have helped pay for. You can read their entire response here.

Overall, the Bates family has received a lot of support. Many of their followers have contributed financially. Some of the Bates’ friends, including the Duggar family, have also shared about the fundraiser in hopes to get Esther’s surgery funded.

What do you think of the work Lawson is doing? Share your thoughts in the comments below.

Stay tuned for more updates about Lawson Bates and the rest of the family. Also, Lawson will be providing updates about Esther on his Instagram page, so follow along.

Don’t miss the new season of Bringing Up Bates, which airs in March.