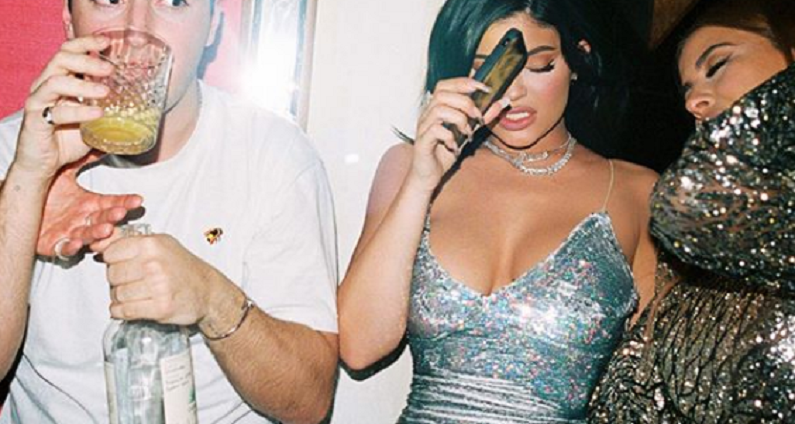 Kylie Jenner usually tweets without any criticism. But once the so-called beauty billionaire said she had enough of 2020, fans weren’t here for it. The young reality star received backlash for her latest tweet. Fans feel that Kylie can get through the year since she has a lot of money.

Kylie Jenner first tweeted about the rapper Pop Smoke, who passed away at the young age of 20. She took to Twitter to share her condolences for the hip-hop artist, writing, “Rest in peace Pop Smoke” on Wednesday, February 19. Kylie then followed-up with another tweet that read, “I’ve had enough of 2020.” Read both of her tweets below and judge for yourself:

As Paper Magazine reported, Kylie’s fans weren’t here for her thoughts on the new year. She hasn’t deleted the tweet despite facing backlash for it. Since Kylie didn’t create a thread connecting the two tweets, the second one appears to be a standalone tweet. This led many of her fans to call her a “poor little rich girl.”

Most of them called out Kylie for posting the tweet in the first place. Responses ranged from GIFs of guillotines to requests to send people money. One fan tweeted: “So buy another year, what’s the problem.” Another said: “It could be worse, you could be poor.”

so buy another year whats the problem

it could be worse, you could be poor

The Kardashian-Jenner clan is no stranger to controversy. They’ve received criticism over everything from their lavish lifestyles to their Photoshopped selfies. Last year, Kylie got backlash for how she amassed her fortune in the beauty industry.

As for this latest controversy, some defended the younger Jenner sister by reminding everyone that “money doesn’t provide happiness.”

Kylie Jenner got even more backlash this week

Kylie was also mommy-dragged this week for posting a photo of her daughter, Stormi, in hoop earrings. According to Clever News, she was hit with backlash once again for posting the following photo of her 2-year-old daughter wearing the oversized hoop earrings with her name engraved on them. In the caption, Kylie wrote: “go best friend.”

While most of Kylie’s fans found the photo adorable, others thought it was wrong. Critics argued that Stormi’s small earlobes shouldn’t wear such huge earrings. Others were concerned that Stormi could get caught on something. Here are just some of the comments about Kylie’s Instagram post:

However, others were quick to come to Kylie’s defense over the post. Some argued that Stormi could handle the earrings. Others didn’t understand why everyone was so mad. This isn’t the first time that Kylie has been mommy-shamed for how she chooses to dress Stormi.

What are your thoughts? Do you think Kylie Jenner deserves the backlash over her social media posts? Sound off below in the comments section.