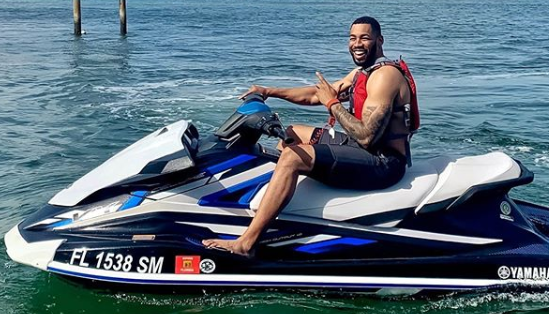 Katie Morton and Chris Bukowski got engaged during the last season of Bachelor in Paradise. But, since then, the couple has broken up. It is known that Morton desires a steady relationship and family in her future. It seems as though fellow BIP star, Mike Johnson has also noticed that Katie is single again. Fans have noticed some sweet messages on Instagram posts of Katie.

There were several couples that left the last season of Bachelor In Paradise together. Morton and Bukowski seemed so much more than happy together at this time. Though they got engaged on the show, the special showed that things could be a little rocky. And in December 2019, after four months of engagement, the called it off.

The couple made a statement to announce their split, they said at this point in their story, it is time for them to go separate ways. They did say they will continue to love and respect each other, just as friends. They believe the basis of their relationship was friendship, making the transition very natural for them.

The two seemed to move forward gracefully. Katie Morton chose to spend her single time traveling with Demi Burnett, a fellow Paradise alum. Bukowski had some fans confused after he commented something flirty on Morton’s Instagram.

Despite this flirting, it does not appear that the couple has chosen to make another attempt together. But, it looks like Mike Johnson has swooped in to take a shot at being flirty on Morton’s Instagram. During the last season of Paradise, Johnson didn’t find love on the beaches of Mexico, but he’s not hiding his attraction to Katie Morton.

Demi Burnett posted a photo of her and Katie on February 15th. Johnson popped up in the comments with, “Eye color,” followed by the signature Bachelor rose emojis.

Morton later posted the same photo on her own Instagram. Mike appeared in the comments again, “Beautiful eyes all around,” with another rose of course.

This time, Katie responded to Mike’s comment with an excited, “Thank youuu!”

Fans are pondering if Johnson was just being kind to his fellow cast members, or if there was something more in these comments. It’s been said that he’s already left flirtatious messages on Burnett’s Instagram before. Maybe now he’s looking to make a move on Morton since she is single after all. Regardless, Morton’s fans are totally supportive of the situation.

It’s not definite who is going to in Paradise this upcoming season, but fans would love to see Morton and Johnson share a romance.