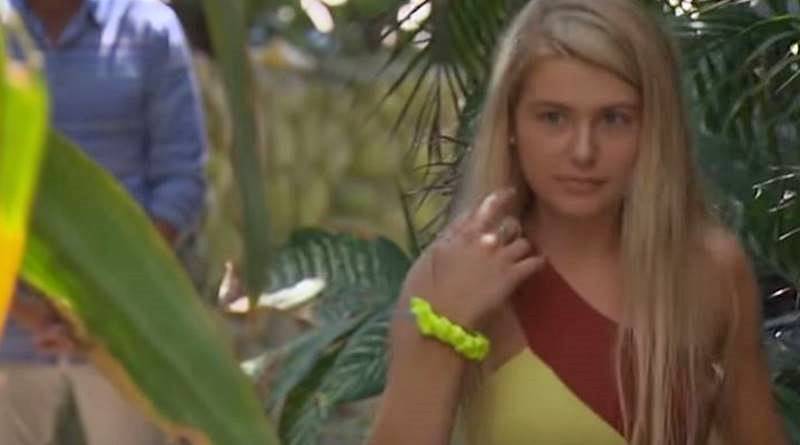 BIP alum, Demi Burnett was rumored back in January as dating someone new. The tattooed guy suspected to be Ciarran Stott hails from the Bachelor Nation in Australia. But now it looks like that never went anywhere, as she shared a birthday photo of her kissing another man. Tagging him as Slater Davis, it looks like her new man is a musician from LA.

Bachelor Nation fans know that Demi dated another woman in the ABC show and they got engaged. However, that never worked out. A few more rumors came out about potential dates. TV Shows Ace reported in January that speculation revolved around an Australian from the franchise, but that seems to have gone nowhere, considering her latest birthday post of her with another guy.

Not part of the ABC franchise, he’s a musician. Her photo that she shared was captioned with, “The present I never knew I needed.” Well, as she seemed quite intimate with him, so Bustle reached out but got no reply. However, on his Instagram, Slater also shared some photos of them together, and captioned that one with, “babe, look at me.” They stood on a rooftop, but in that pic, he and the BIP alum stood apart and weren’t snuggling up.

The present I never knew I needed 🤍

Fans react to the birthday posts by Demi

On Demi’s Instagram, many fans responded and one of them said, “I’m hotter and taller and funnier. But that’s ok.” But another person said, “YES I’M HERE FOR THIS. 🔥🔥🔥 woah 😍.” Meanwhile, another one wrote, “Ahhhh! I’m sooo happy for you girl!! ❤️🙏” But some fans got a bit down as they hoped that ABC chooses her as the next The Bachelorette. The idea of a bisexual person with both female and male contestants held the potential for a bit of spice, after all.

Over on Slater’s page, where many BIP fans went to find out more, he also got comments. Not all of them were complimentary though. One person noted, “You look broke and desperate😂😂🤣🤣 A delist bachelorette is the best you could pull??😂😂🤣🤣🤣😂😂.” But one person asked an interesting question. They wrote, “Are y’all gonna be in Paradise?” Another friend of Slater’s said they want to meet Demi. It will be interesting to see if these two do come to Bachelor In Paradise, or if they just get on with a relationship.

babe, look at me

What do you think about the photos that Demi Burnett and Slater shared with their followers? Do you think this might become a serious relationship? Sound off your thoughts in the comments below.

Remember to check back with TV Shows Ace often for more news about ABC’s BIP.