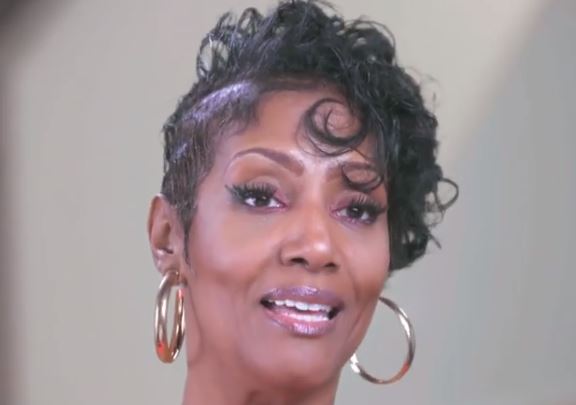 Yolanda and Williams from 90 Day Fiance: Before the 90 Days are my favorite ‘couple’ because I suspect they are not really what they seem. Fans are heartbroken for this beautiful 51-year-old mother of six ages 17 to 29. After losing over 100 pounds and her husband of 30 years to kidney disease Yolanda, the Las Vegas native met the love of her life on Instagram.

Williams is said to be from England, the pictures of this man are HOT!, and he slid into her DMs 7 months ago. Yolanda will be traveling across the pond to visit Williams with her oldest daughter Kara. The kids are not ok with this plan and there were lots of tears during dinner when Yolanda dropped the Williams bomb. Yolanda admits that she has never even video chatted with this man as he keeps saying that his camera is broken so he can see her but she can’t see him. A likely lying story sir! To add to the sketch of the situation the voice on the other end of the phone sounded distinctly NOT British. Oh, did I mention he asked for money for a ticket to come see her? Thankfully Yolanda denied the request and said she would fly to England herself where he would meet her. Doubtful.

Meet the new faces of your 90 Day obsession. How strong is their internet connection? #90DayFiance: Before the 90 Days premieres Sunday at 8/7c!

Can Ed and Rosemarie make it?

Ed, 54, and Rosemarie, 23 are next on my who to watch list. This time because I think they will make it. Despite the fact the Ed lies about his height, he said he was 5′ 2 because that is Rosemarie’s height when he’s only 4′ 11. My gut says that this couple could actually work out. Oh, did I mention that his new love is younger than his daughter? Expect some drama there!

Ed is ready to bring Rosemarie an engagement ring even though his mother is telling him no, do not do it. Is she being a typical overprotective mother or is this mother’s intuition? Ed is also trying to look his best for his Philippine beauty by dying his hair. Too bad the hair dye is burning him… Ed has a fix for that, though, Mayo! That’s right, he is covering his hair in mayonnaise to condition his scalp. Admittedly Ed’s hair is looking glossy and shiny, maybe you should try it! The other couples have introduced us to so far include Geoffrey, 41 from Tennessee and Varya, 30 from Russia. 32-year-old Avery from Washington and 38-year-old Ash from Australia. 52-year-old Lisa from Pennsylvania and 30-year-old Usman from Nigeria. So excited to see how these couples turn out and so ready to meet the other couples!

Don’t miss new episodes of 90 Day Fiance: Before the 90 Days on Sunday nights on TLC.