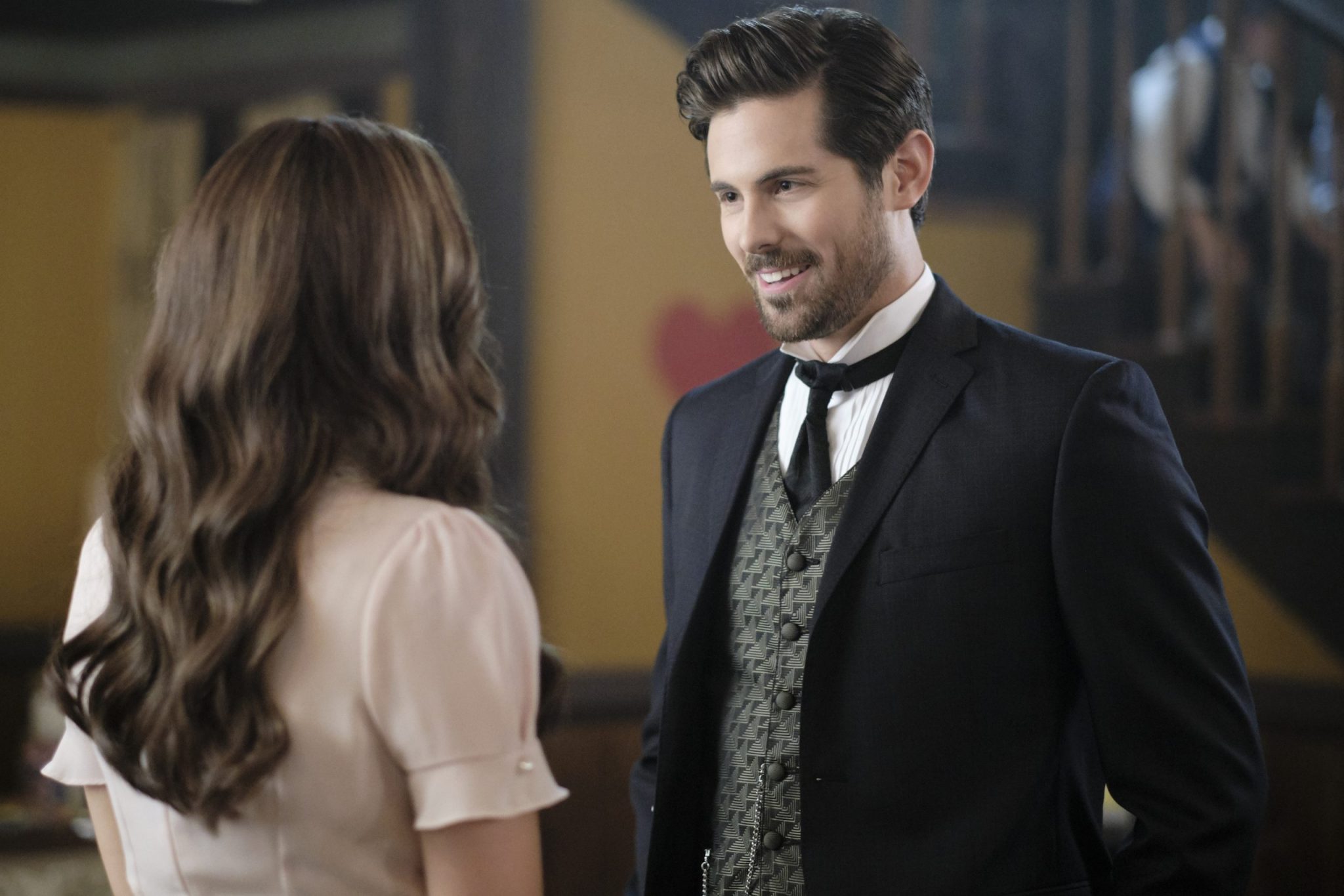 When Calls The Heart newcomer Chris McNally recently revealed that he was nearly cast as Nathan, and blew his Lucas audition. But, the charismatic and shy actor was given a second chance before being cast as Lucas Bouchard. What is his story?

As TV Shows Ace has already reported, in When Calls The Heart Season 7, Elizabeth Thornton (Erin Krakow) is finding herself in the midst of a love triangle with the two new guys in town. They are mysterious Lucas Bouchard (Chris McNally) and mercurial Nathan Grant (Kevin McGarry), dividing hearties into #TeamLucas and #TeamNathan.

Even the cast has divided which team they are on, including the two main lead actors, Chris McNally and Nathan Grant. In October, TV Shows Ace shared that the two actors think the other’s character is right for Elizabeth. But Chris McNally may actually have a reason to like the character of Nathan Grant as much as Lucas Bouchard. Turns out, he auditioned for both!

Chris McNally Auditioned For Both Lucas And Nathan

On Friday, Chris spoke to the Hallmark Channel’s Bubbly Sesh podcast about When Calls The Heart Season 7. He surprised the podcast co-hosts Shawlini Manjunath-Holbrook and Jacklyn Collier by revealing that he actually auditioned for both of the roles of Nathan and Lucas.

He shared that although he had already had supporting roles in a couple of Hallmark movies, he did send a video tape to Canada for the role of Nathan, but actually auditioned in person for Lucas.

His audition didn’t go as he would like. He had previously confessed he is quite shy, and he just didn’t give a good reading. “It was one of those ones where you leave going, ‘Man, I really screwed that one up. I wish I could roll back the clock and try again.”

He believed his second chance was when he was given the opportunity to audition for the role of Nathan, but with Erin Krakow. The When Calls The Heart producers wanted to see the chemistry between the two actors.

In celebration of Sunday’s season 7 premiere of When Calls the Heart, I present this 1917 photograph of Lucas Bouchard and an unknown chien. This photograph is believed to have been captured by the town’s primary medical practitioner, Dr. Carson Shepherd, who is said to have developed a leisurely interest in photography. #hearties #wcth #fordmodelt #dogsofinstagram

Obviously, the showrunners liked the chemistry between Chris and Erin, because they asked him to audition for Lucas once again. This time he nailed it! Chris felt “great” about this second audition. “I felt like I did what I wanted to do; what I should have done the first time.”

Obviously, the showrunners found their Lucas. It is hard to think of any other actor playing the mysterious and charming saloon owner. And in real life, Chris and Kevin McGarry have become good friends on the set.

Best of all, he promises that Lucas will make more “grand gestures” to win over Elizabeth in WCTH Season 7. This promises to be quite a romantic season!

Be sure to check back with TV Shows Ace for the latest When Calls The Heart and Hallmark news. WCTH Season 7 premieres on February 23, at 8 p.m. Eastern, with the episode “A Moving Picture.”