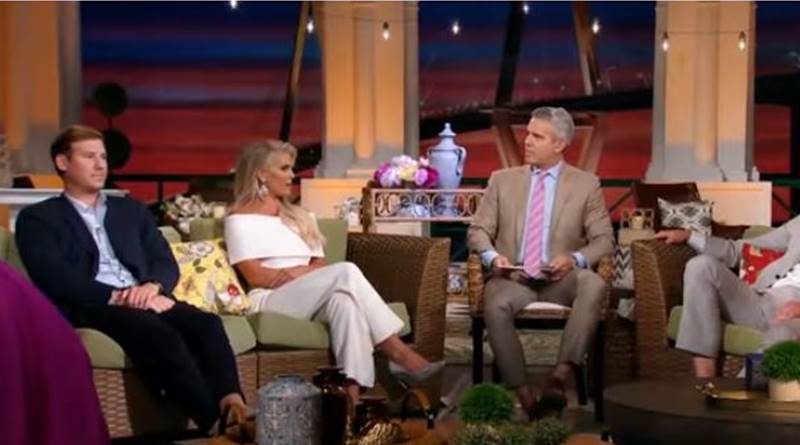 Southern Charm turned out not so charming a few seasons ago. It covered much of the drama between Thomas Ravenel and Kathryn Dennis. He got fired, and last season seemed really lackluster without their drama. After the end of the season, filming then became delayed for Season 7. However, filming finally started up so fans can look forward to more of the Bravo show.

TV Shows Ace reported that normally, the show starts filming in the fall. However, without Thomas, it seemed a lack of drama caused the delays. They couldn’t use much of the dramatic custody case as Thomas wouldn’t allow filming of the kids. Plus he got a gag order on Kathryn dissing him on the show. In fact, Bravo got muzzled by a court order that made it “a punishable offense.”

Thomas won’t return to the new season, and neither will his ex, Ashley Jacobs. However, US Weekly notes that Southern Charm‘s Kathryn will. They cited her talking about it during Bravo Con. She said, “Ashley’s gone!”‘ Then she added, “Season 7, I’m looking forward to showing a new side to me, showing my boss babe vibes with Kensie + Saint Furniture.”‘

The outlet also noted on February 21 that Danni Baird shared some pics on her Instagram that seemed to show them filming. The photo on her Instagram Stories showed “cameras mounted on the dashboard.” Plus the outlet noted her caption that read, “the seventh “time’s a charm.”‘

Other Southern Charm cast members who look to return include Naomie Olindo and Chelsea Meissner. Plus, it’s thought that fans may see more of Cameran’s husband Jason Wimberley. Fans saw him in Season 6 where he seemed a bit shy. However, he might be a bit more relaxed about the cameras this time around.

There’s a current rumor that Kathryn and Thomas got back together. But, it seems like that’s all it is… just a rumor. It arose after a photo got circulated of them together. Loads of critics made much ado about the lengths people go to, just to feature on a reality TV show.

However, a person who seems to know a bit more about the Southern Charm couple noted that they just cross paths as he’s leaving Charleston. Meanwhile, she’s busy doing renovations.

What do you think about these rumors about Kathryn getting squashed? Plus, are you happy filming for season 7 finally started? Sound off your thoughts in the comments below.

Remember to check back with TV Shows Ace often for more news about Bravo’s Southern Charm.