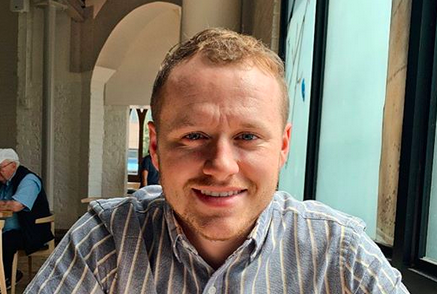 Josiah and Lauren Duggar are new parents. They just had their first baby in November. So, it’s safe to say that they’re still learning the ropes. So far, they haven’t done anything that’s seriously endangering their baby. But, fans are still expressing concern. Some of the couple’s followers argue that they’re just trying to help so they can keep Bella safe.

Josiah called out for how he holds Bella

Now, Josiah is being called out again for how he’s holding his daughter. After seeing these new photos on the couple’s shared Instagram stories, fans are worried for Bella’s safety. Plus, they don’t know how Josiah and Lauren don’t know how to hold a baby.

Merry Christmas 2019! . . “For unto us a child is born, unto us a son is given: and the government shall be upon his shoulder: and his name shall be called Wonderful, Counsellor, The mighty God, The everlasting Father, The Prince of Peace.” Isaiah 9:6 . .#happybirthdayjesus #blessed pc:@jed_duggar

On Friday evening, the couple posted two new photos on their Instagram stories. It appears that Lauren posted them because the pictures feature Josiah and Bella. Along with the picture, the mom wrote, “Oh my heart”.

While this was meant to be a sweet photo of the new dad and his daughter, Duggar fans noticed something else. In the photo, it looks like Josiah isn’t giving his daughter a lot of support. On Reddit, critics of the family began to chat about the problems with how he’s holding the baby. 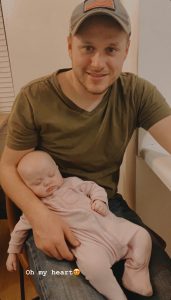 Someone said, “I would freak if someone was holding my baby like that”. Someone else said, “This baby was propped like that to pose. I’ve never seen such an unnatural sleeping position 😂”.

Another Reddit user seemed seriously concerned about the child, saying, “I’m just genuinely worried one of these kids is going to die of SIDS. It’s clear that Michelle never taught them anything about babies but it’s pretty important to hold babies correctly so they dont suffocate. That’s a big reason why they say you shouldnt let your kid sleep in their car seat for extended periods of time, same issue here.”

This isn’t the first time that Josiah and Lauren have taken the heat for how they hold their daughter. In December, TV Shows Ace reported on the same issue. Duggar fans slammed them back then for not supporting the baby’s head.

Even though Josiah and Lauren only became parents a few months ago, they’re already being parent-shamed. On the Internet, there are plenty of opportunities for them to get some backlash. This is because they are in the public eye. Anyone can criticize them or offer unsolicited parenting advice.

Because they’ve been criticized before for how they’re taking care of their daughter, these new comments likely don’t faze the couple. They typically don’t respond to trolls and haters on their social media posts either. So, the trolls can comment all they want. They aren’t going to get too far with Josiah and Lauren.

What do you think of the whole thing? Should the Duggar followers just keep quiet about how the couple is caring for their daughter? Share your thoughts in the comments section below.