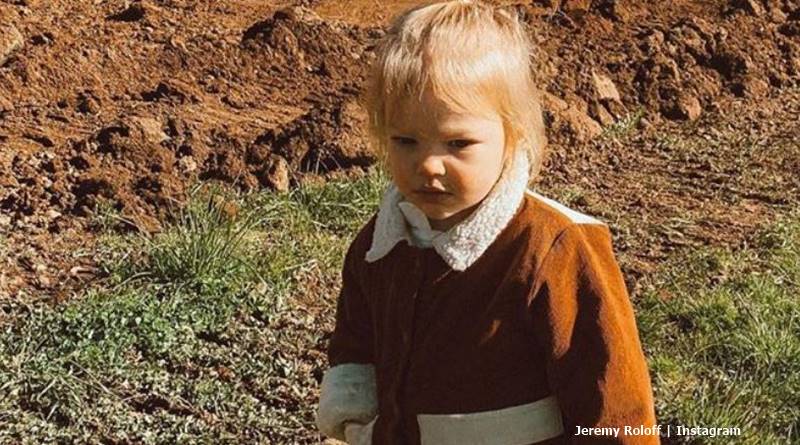 Ember Roloff, who is now in the terrible twos, seems really sweet. Mom Audrey said she just loves this stage of her development. That came after she sang a song to her mom this week. Now, it seems that Ember’s on a singing mission. In fact, the cute little girl stopped grandpa, Matt Roloff, during his work just to sing him a special song.

Ember Roloff sings to Audrey and now to grandpa Matt

Sometimes, fans enjoy reading something just simple, pure, and cute. Ember’s really at a cute stage and not acting up like a terrible two at all, it seems. TV Shows Ace reported that Ember’s latest love seems to be singing. In fact, Audrey shared the cutest video of her singing “Bare Necessities” from The Jungle Book. At the time, Audrey remarked how she loves watching her grow and likes this stage of her development.

Now, Jeremy posted an equally cute video of his daughter out on the farm with Matt Roloff. Matt’s busy using his big digger and working on a new well. Posting up a photo and a short video clip on Instagram, Jeremy wrote, “The new well is going in! Papa is building a base for the rigs.” He added, “Ember wanted to stop him so she could sing him a song and say “good job.” Then Jeremy noted the weather and it’s really nice getting “outside to tackle more projects.”

Cute Ember’s singing mission – grandpa gets a treat at work

Well, it certainly looks like Matt Roloff had no issues with Ember interrupting his work. In the video, he sings along with her and has a chat. His love for his grandchild simply flows out his eyes, fans think. The charming moment got a lot of reactions from fans of Little People, Big World. Here’s what some of them said about it:

The new well is going in! Papa is building a base for the rigs and Ember wanted to stop him so she could sing him a song and say “good job”. Haha.😂 This weather has us all outside ready to tackle more projects! 💪🏼

Ember seems very sweet – is she escaping the tantrums of the terrible twos?

Many parents worry when their kids hit two-years-old as they hear horror stories of tantrums. However, according to TheTot.com, it doesn’t always hold true that two’s a bad time for kids. In fact, they note, “Because of the six month cycles in the child’s early years, it’s inaccurate to lump all two-year-olds into the same bundle.”

They point out that by the time they turn two, “most children start moving out of “a phase of disequilibrium and disruption that began around 18 months.” Therefore, they add, “the typical 2-year-old can be described as quite pleasant.” Possibly, Ember Roloff’s got beyond the stage of struggling to communicate with her family by now.

What did you think of little Ember stopping grandpa Matt Roloff during his work to sing him a special song? Did you think it cute and heartwarming? Sound off your thoughts in the comments below.

Remember to check back with TV Shows Ace often for more news about Audrey and Jeremy Roloff.