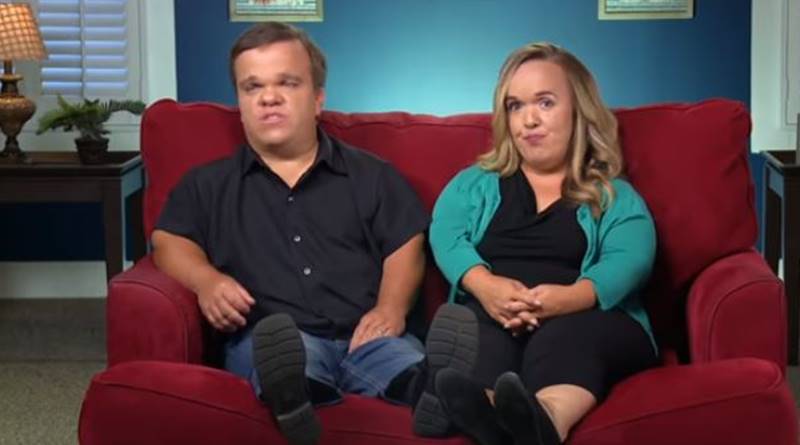 7 Little Johnstons featured on TLC since 2015. Much like Little People, Big World, the show focuses on living with dwarfism. The show reveals Trent and his wife Amber and the five kids going about their daily lives. Three of the kids were adopted. But, unlike Matt Roloff of LPBW, the Instagram page for the Johnstons didn’t endorse the fundraising effort. They don’t think trips to Disneyland for allegedly bullied little person Quaden Bayles will fix the problem.

TV Shows Ace reported that Matt Roloff heard about the Australian boy, Quaden Bayles. The little person’s mom, “an advocate for indigenous issues and dwarfism,” shared a video showing her nine-year-old son upset and wanting to kill himself after being bullied. Celebrities started a Go Fund Me after the video surfaced in media outlets and on YouTube. The idea is to bring Quaden Bayles to Disneyland.

On top of Disneyland, Matt Roloff offered for the little guy to spend some time at Roloff farms so he could get some “encouragement on how wonderful being a little person can be.” Since then, some people on social media suggested it’s all scam and that he’s actually 18-years-old.

Snopes fact-checked that and came to the conclusion that he is, in fact, not 18 and the rumor’s false.  However, irrespective, 7 Little Johnstons would have handled it very differently to how the mother did with her super-emotional video.

Team7Lj on Instagram talk about the wrong approach to Quaden Bayles

The official Instagram page run by Trent and Amber delivered their thoughts on the video the mother shared. Plus, they noted the celebrities who raised funds to send him to Disneyland. In their post, they acknowledged the many people who “reached out” to them and requested help for Quaden’s cause. They noted that their family also experience plenty of bullying over the years. And in their experience, they feel “the mother could and should have definitely handled this very differently!”

7 Little Johnstons‘ family would prefer to see the mom teaching him how to “speak up for himself.” They believe Quaden Bayles needs to show he won’t “tolerate such behavior from peers.” The current situation only leaves Quaden with poor “self-esteem.” Apart from saying that Quaden Bayles “deserves the respect and dignity just like all of the other children,” they’ve got strong feelings about the video.

Slamming the mom for posting the video, they wrote, “The mom wasting time on videoing is ridiculous.” They then suggested that she “gets [her] *ss in that school and demand change, respect, and action!” While they acknowledge that Quaden needs support from his mom, he learns from how she reacts to situations. They firmly believe that her reaction “is not the way to handle them!”

Taking about the fundraiser for the trip, they noted, “Disney land, farms, sports games, etc may give a moment of happiness, but it will not resolve the problem.” The 7 Little Johnstons are not saying they won’t help though. They rather encourage people “to fight” and “educate the ignorant…Face the situation.”  They ended by saying their support extends to “sharing experiences, resources, encouragement, and advice with Quaden and his family!”

So many of you have reached out to us asking to help! We are so grateful that you all think of us for this situation. We try our best to answer questions, lend advice and give opinions 😉. This incident is very sad, however, the 7 of us have been through this as children, as teenagers and as ADULTS! As a family and in our experience (we have a lot), we feel the mother could and should have definitely handled this very differently! Education is key. Get involved with the schools early! Teach him, show him how to speak up for himself and that he will not tolerate such behavior from peers. This not only impacts him and his self-esteem, it has an impact on the students, and lets admins and parents know as well, that he deserves the respect and dignity just like all of the other children. He is there to receive the same education as the others! The mom wasting time on videoing is ridiculous. Get your ass in that school and demand change, respect, and action! He needs support from his mother. He will learn how to handle situations by observing how she handles them and this is not the way to handle them! Trips to Disneyland, farms, sports games, etc may give a moment of happiness, but it will not resolve the problem. Face the situation. Conquer the fight. Educate the ignorant. We’re happy to share experiences, resources, encouragement and advice with Quaden and his family! #parentsmustadvocate #wemustbeheard #socialacceptanceisourbiggestchallenge #respectall #bethechange

What do you think about the family from 7 Little Johnstons disagreeing with the way Quaden’s mom handled the bulling? Sound off your thoughts in the comments below.