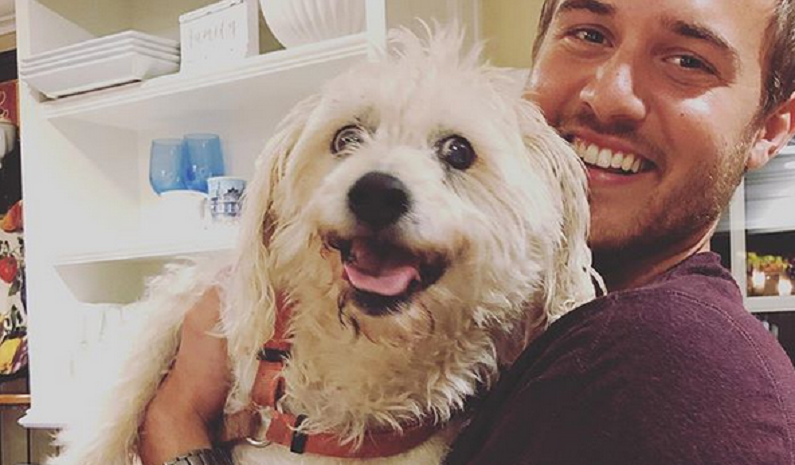 Peter Weber has had the most dramatic season of The Bachelor yet. His season also had its share of iconic moments that have kept fans entertained in between the drama. With the contestants fighting against each other, this season is sure to be an intense one.

One of the most memorable moments of the season was the whole champagne bottle situation with Kelsey Weier, causing “Champagne Gate” to go viral on social media. This is just one of the many embarrassing moments that Bachelor Nation got to see this season. Peter Weber is finally addressing “Champagne Gate.” He said that more happened than what fans got to see on television.

Peter Weber sat down for an interview with Buzzfeed to answer some of Bachelor Nation’s burning questions about this season. Peter said that a lot more happened than a bottle of champagne exploding in Kelsey’s face. He said that he first made sure that Kelsey was okay after the incident. He also tried to make the situation less embarrassing by powering some champagne onto his face.

“I took the rest of the champagne and I poured it all over my face,” Peter Weber said with a smile. “And I remember just trying to make the moment a little bit better, but it’s just kind of a weird thing. Thank god champagnegate is in the past.”

We’re sure that Peter made Kelsey feel better during that embarrassing moment. She sure needed a good laugh since it was already a rough night for her.

How Peter Weber found himself in the middle of “Champagne Gate”

In case you haven’t kept up with The Bachelor, we’ll provide a recap. “Champagne Gate” happened during the Jan. 13 episode of the ABC series. The drama intensified when Hannah Ann Sluss was accused of stealing Kelsey’s favorite champagne.

The fight took place at the cocktail party when Kelsey informed the other women about her favorite bottle of champagne. She brought the bottle all the way from Des Moines to share it with Peter Weber.

Kelsey talked about the history of the champagne to the rest of the contestants to prove how serious she was. Then she mistakenly left the bottle of bubbly by the fireplace as she waited to talk to Peter.

Hannah Ann and Peter grab the bottle and drink it themselves. Kelsey is understandably angry and confronts Hannah Ann about it. She claims that the model “knew what she was doing” and walks away crying. Peter tries to console Kelsey the best way he knows how.

As the two are seated together, Peter tells Kelsey that it was an honest mistake. He didn’t know about the bottle of champagne. He even tried to make the situation lighter by opening the bottle, which exploded in her face as she took a sip. Check out the hilarious video for yourself below:

It looks like the night only got worse for Kelsey. Not only did Hannah Ann open her special bottle of champagne, but it also exploded in her face. Kelsey’s “Champagne Gate” has turned into a meme on the internet. This season of The Bachelor has plenty of GIF-able moments.

Even Kelsey has had a good sense of humor from that moment. She shared a cheerful photo of herself holding a champagne glass and giving a toast. She also posted this hilarious clip from The Ellen DeGeneres Show.

Did you like the way that Peter Weber handled “Champagne Gate”? Sound off below in the comments section.