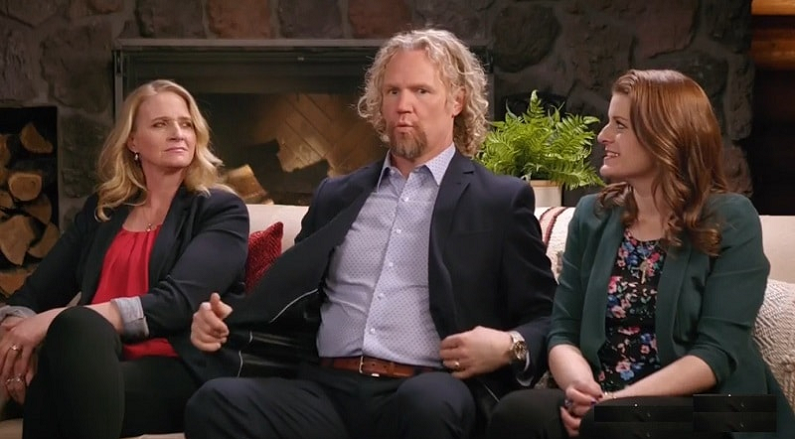 For Kody Brown, plural marriage isn’t all that it’s cracked up to be. He admits his “struggles” in a new episode that’s set to air on Sunday, Feb. 23. This may come as a shock to casual viewers of the TLC show Sister Wives. However, this won’t come as a surprise to fans who closely follow Kody Brown and his four wives on social media.

Most fans are aware that the sister wives aren’t even as close as they may appear. Some have even accused the wives of leaving Meri Brown out of family moments. In a revealing new interview, Kody Brown hinted that he would prefer it if his wives didn’t hang out together.

As Us Weekly reported, Kody Brown made some shocking revelations about his plural marriage in the upcoming episode of Sister Wives. He said that he’s not excited when his sister wives spend time together. He feels that they don’t get along as much as they used to.

“When I was younger, it used to be a lot of pleasure to me when I’d see my wives goofing off and playing and having fun together. I’m jaded, I guess,” Kody Brown revealed in an upcoming sneak peek.

The Sister Wives star also revealed the “struggles” that come with plural marriage. He feels that tensions have increased over the years, not just among the sister wives, but with him as well. Kody feels that there are more disagreements than there were in the past.

In another scene, Kody sees his four wives making snow angels together. A totally wholesome moment that most polygamous husbands would think is cute. But Kody feels “cynical” about the wives playing in the snow. He knows he shouldn’t feel this way, especially when they have 18 children together.

Meri Brown reveals her struggles of being in a plural marriage

Earlier in the series, Meri talked about her own difficulties of being in a plural family, as reported by Us Weekly. She admitted that she was kicked out of her rental home just for being part of a plural family. The Sister Wives star certainly didn’t feel welcome in her new neighborhood. She got emotional when she talked about the reality of being kicked out of her home.

Meri said that the owner of the home was aware of their unique marriage. Meri revealed that both her and Kody Brown were upfront and honest with the owner all throughout the process. Everything about their situation was also revealed in the contracts. Kody said that the decision to leave the property was “not up to” the owner. Rather, it was his and Meri’s decision. They clearly didn’t feel welcomed there, so they didn’t want to stay.

Robyn Brown is supporting her fellow sister wife Christine Brown. This comes after she revealed how much she hates Kody’s idea to move all his wives and their children into one big house in Flagstaff, Arizona. During last Sunday night’s episode, things got intense between Christine and Kody Brown.

I don’t think it was fair that so much pressure was put on Christine for how she feels about one home. She is being very honest and brave.

As PopCulture.tv reported, Robyn tweeted her support for Christine. She called her “very honest and brave” for expressing herself. Christine has always been honest about her feelings about the big house on social media. She previously stated that she feels that she’s a “better Mom living separate.” Robyn was more open to the idea, but still has her concerns.

What are your thoughts on Kody Brown? Are you shocked to learn his struggles with plural marriage? Sound off below in the comments section.