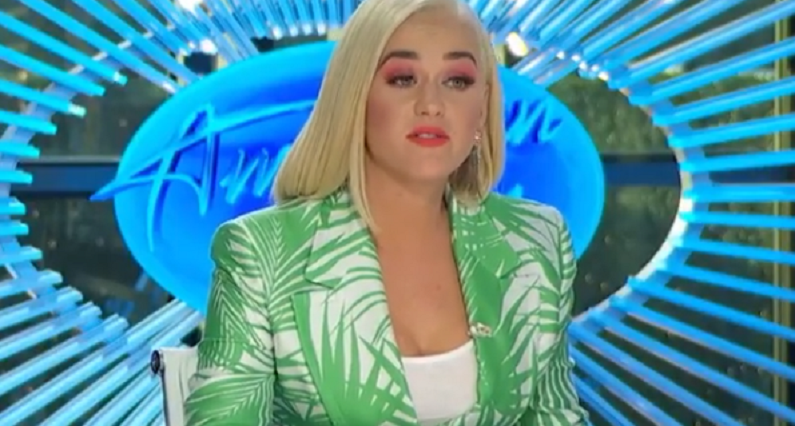 Katy Perry had a scary encounter on the set of American Idol. The judge fainted after an “intense” gas leak erupted in the middle of the auditions. In a new clip of the Feb. 23 episode, Katy Perry, Lionel Richie, and Luke Bryan had to evacuate as the alarming scene unfolded. Like another long-running ABC series, American Idol kicked off the third season in the “most dramatic” way.

According to a new clip prior to the Sunday, Feb. 23 episode, all three judges halted the auditions because of a gas leak that took place on set. The startling incident will take place in Sunday night’s episode. The gas leak made for an “intense” scene as thousands of contestants had to be rushed out. Katy Perry asks her judges if they can smell gas before she faints.

Season 3 of American Idol just started on Sunday, Feb. 16, but it’s already been a dramatic season. People posted this exclusive clip that shows Katy Perry collapsing after a gas leak forces the evacuation of the show. All three judges appeared to be well in the clip until they smell gas.

Luke Bryan agrees that it smells like “heavy propane.” The “intense” smell had an affect on Katy.

“I have a slight headache from it,” she told her fellow judges. “Oh, it’s bad. It’s really bad.”

Katy is obviously overwhelmed by the smell. She told the men that she wasn’t feeling well as she gets out of her chair. It appears that she wants to go outside and get some air. The clip then flashes to another scene that shows producers forcing everyone to evacuate. Sirens can be heard in the background as firefighters show up to the scene.

“This is not a joke, there really is a gas leak,” Luke says while he’s standing outside.

“I’m not feeling good,” Katy says as she falls to the cement ground.

All three judges, including host Ryan Seacrest and mentor Bobby Bones returned for another season of American Idol. Katy previously called the new season “a fast track mentorship program” during an American Idol Q&A last week, as reported by MSN Entertainment. This “dramatic” season will also have the most talent that viewers have ever witness in Idol history.

Why did the American Idol judge storm off the set?

On Sunday night’s episode, Katy walked off the set when Lionel Richie and Luke Bryan refused to vote for Saveria to go through the next round. The pop star was not happy when they didn’t vote for the 22-year-old guitar teacher to go through Hollywood.

Katy felt that Saveria won over her audition with her original song. She is often kind and encouraging to the contestants when it comes to their auditions. Katy always wants to give them a chance to make it in Hollywood.

But Katy had enough. She slammed her hand on the glass table before giving her thoughts on the young girl’s audition.

“You are a great singer, you are a gymnast singer. You can do cartwheels and backflips and do it all. You have so much potential.”

But Luke and Lionel weren’t still convinced. They both voted “no.” Katy called the men “crazy” as she walked off the set. According to Good Housekeeping, she supposedly hit a stage light and punched an American Idol sign. It was another dramatic scene that had the judges on edge.

American Idol fans on Twitter agreed with Katy and thinks that Saveria should have made it to Hollywood.