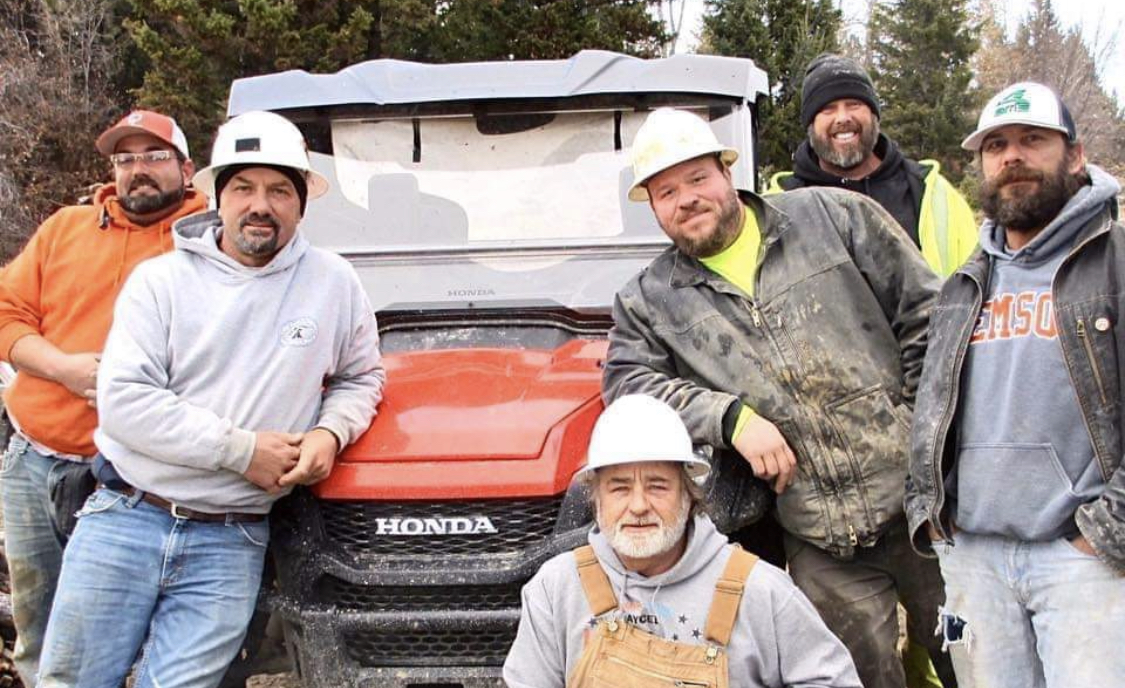 Are you ready for Gold Rush: Dave Turin’s Lost Mine Season 2? Gold Rush star Dozer Dave is returning with a new season of abandoned mines. Why is he only working in Montana and when is Discovery airing the second season?

As TV Shows Ace reported in January, Dozer Dave Turin is returning with Dave Turin’s Lost Mine Season 2. The second season of this Gold Rush spinoff premieres on Friday, February 21 at 9 p.m. Eastern, on the Discovery Channel. This season, Dave has a goal of 400 ounces of gold and is only focusing on Montana. While 400 ounces doesn’t seem like much compared to Parker’s huge weigh-ins, at $1,600 an ounce, this is a hefty $600,000!

Will he make his goal? More importantly, why is Todd Hoffman’s former right hand man only focused on Montana?

Why Is Dave Turin’s Lost Mine In Montana?

Speaking to Monsters & Critics, the charismatic and plain speaking gold miner explained how they decided to concentrate on mining only in the state of Montana. The Gold Rush star’s explanation made sense. “We did our research.” Turns out, there are 3,500 abandoned mines in Montana.

He also told April Neale that “It is one of the biggest mining states.” But, it is the third gold producing state. The top is Nevada. Those who follow Turin on social media know that one of the challenges with Nevada mining is water. But there was another incentive to mine in Montana.

Turin revealed that two members of his crew, Jason Sanchez and Jesse Goins both are Montana residents. This is what caught Turin’s interest. Once Dave met another geologist, “it started snowballing.” Pretty soon, people were asking Turin to look at their mines.

People shared tales of their gold mining grandpas. Some have sad tales where their relative died in the mine, and they want the bones for a proper burial. Others want to find a gold stash that may be hidden. The government shut down gold mining when WWII started. Some miners hid their gold and never made it back from the war. Now, those mines have gold.

Hey y'all! Lots of question about where to watch Gold Rush: Dave Turins Lost Mines right now. Go to Discovery GO! Discovery GO also has the midform series and no where else has them! Premiere will be 21st of February on the Discovery Channel. https://t.co/rccRnwfrLG

How Does Dozer Dave Pick Mines?

What criteria did Dave Turin use to decide whether or not he would work a mine? It was based on water and permits. Gold Rush fans know that without ticking those key boxes, Turin and his team could not mine. As there are two types of mining, underground mining, which requires tunneling in, or placer mining, which is what Dave does.

Turin explained that in placer mining, “Mother Nature, the environment, water, and gravity have removed the gold from that mountain and put it into streams, and that’s what we do as placer miners.” The old timers didn’t get the gold because either there was nothing to get or because they did not have the modern equipment to get to the gold. Turin’s team has that equipment. Dave just has to determine if it is worth it.

There is a lot of family stories, history and plenty of gold to mine. Dave Turin is a fan favorite and promises another excellent season.

Be sure to check back with TV Shows Ace for the latest Gold Rush news. Gold Rush: Dave Turin’s Lost Mine Season 2 premieres on Friday, February 21 at 9 p.m. Eastern, on the Discovery Channel.