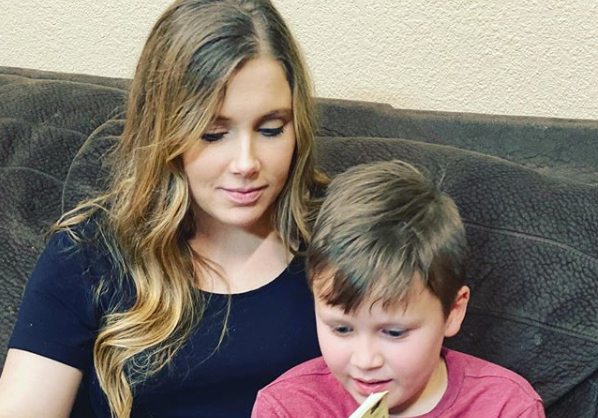 Josh Duggar, the oldest son of Jim Bob and Michelle Duggar, is the center of controversy. His spotlight scandals came into light in 2015. The reports spoke of how he molested underage girls – some of which were his sisters – in the early 2000s. Later, it was discovered that Josh had been on Ashley Madison, a website notoriously known for helping people cheat. He had been on the website while maintaining a marriage and family with Anna Duggar.

Despite these scandals, Anna has stayed by Josh’s side, they’ve been married for 11 years. Josh is not on social media, but Anna is, and she loves to share with her followers. Earlier this month, she shared about her date night with Josh. She also mentioned to a follower that she brings her infant with her.

It’s pretty well-known that the Duggars love kids, and Jim Bob and Michelle don’t hide the fact that they don’t believe in birth control. As for Josh and Anna, it’s unclear where they stand right now. In the past, they have said they hope they will have as many children as God will bless them with. So far, it’s six babies.

Back in November of last year, Anna told Instagram that Maryella Hope had been welcomed to the world. “Maryella Hope arrived one day ahead of Thanksgiving Day 2019 and a great reminder to be grateful for all God has done for us!” She captioned her post of her newborn.

Maryella was born very close to Thanksgiving, so Anna passed on a lot of the family festivities. But, five days after giving birth, Anna was up and at a Duggar family party.

“Little Maryella Hope made her debut (at 5 days old) for her first #familynight with the big family…and she seemed to enjoy it so much!” Anna captioned another post. “Our kiddos had a blast getting dressed up and spending time together with everyone while enjoying good fellowship, food, and fun!”

Maryella and I are ready to head out with Josh for our weekly date night! 🤍 P.S. Loving my new mommy #M6 necklace from @madebymary they are my new favorite —love their classy jewelry! • • • #littleduggars #Maryella #Duggar #datenight

Anna’s Fans Stand Behind Her Decision To Bring Her Baby

Despite having six kids and somewhat of a controversial marriage, Anna continues to commit to making things work. She seems to post a lot about Josh these days. On February 17th, she posted a picture of herself with Josh and Maryella at the Daytona 500. And on February 19th, the mother posted another photo of her and Maryella right before she headed out for her date night.

“Maryella and I are ready to head out with Josh for our weekly date night!” the post was captioned. This lead to a lot of questions from her followers.

Others seemed excited for Anna to enjoy herself. They thought she looked beautiful for her night out.

It definitely seems healthy for Josh and Anna to have a weekly date night. But it appears the youngest members of the family tag along, according to Cheatsheet.

Some fans asked why the two of them can’t go out alone. She responded saying it was easier for her to bring a nursing infant on their date. Once they move onto solid foods they can stay with the sitter.

It looks as though a lot of Anna Duggar’s followers can relate to this. Some even recommended pumping and others stood behind her. All-in-all they noted it’s her decision to do whatever she pleases.