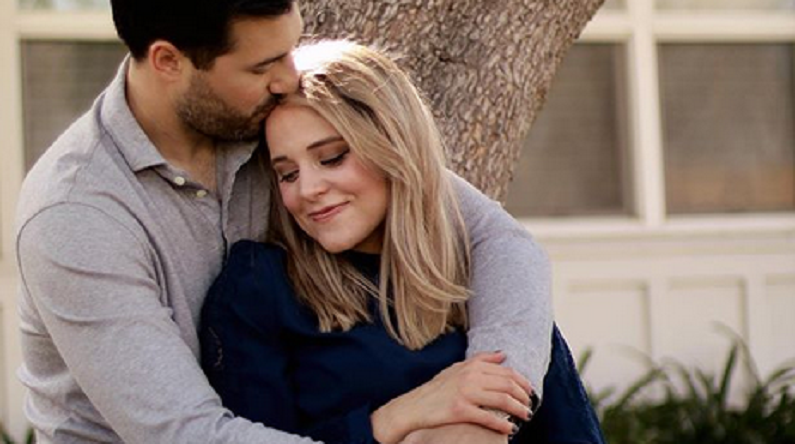 Counting On fans find Jinger and Jeremy’s marriage sort of creepy. It’s no secret that the Duggar family has some habits that are not typical to outsiders. Counting On stars are criticized for everything from how they make their money to how they navigate their relationships. Fans think it’s weird that Jinger prays for Jeremy’s purity whenever he feels “tempted” by other women.

It appears that Jeremy is struggling with infidelity issues. So, he relies on the strength of his wife. The couple finds that praying, rather than marriage counseling, works best for them. Counting On fans argue that the couple may have underlying issues they need to address. But the couple claims that the power of prayer has kept them together.

Jeremy Vuolo asks Jinger Duggar to pray for him regularly

As Showbiz CheatSheet reported, Jeremy Vuolo and Jinger Duggar often talk about their relationship on Counting On. They don’t hold back when it comes to addressing the problems in their marriage. Jeremy admitted that he asks Jinger to pray for him every time he feels tempted by another woman. But that’s not all they do. The couple addresses Jeremy’s temptations on a regular basis.

As The Daily Mail reported, Jeremy and Jinger are especially aware of online temptation when it comes to social media. The former professional soccer player says he avoids looking at social media on his phone. He uses Jinger’s phone to access his social media accounts. She even has access to all his passwords. Jeremy said this was a mutual decision that allows them to discuss attraction outside the relationship. But Counting On fans still think it’s bizarre.

Counting On star finds temptation on a regular basis

Jeremy is not the only one who has temptations. According to a report via Men’s Health, over 70% of women admit to being attracted to someone else other than their partner. Even an innocent crush on someone else is normal in most serious relationships.

Counting On fans don’t find it weird that Jeremy is attracted to other people. It’s the way he chooses to handle his temptations is what they don’t like. He has this strong urge to confess to Jinger every time he is attracted to another woman. Fans of the reality stars find it strange and feel that it could lead to trust issues in their marriage. Some fans even noticed how emotional Jinger has been on the TLC show in the past.

Jeremy feels that he doesn’t “deserve” Jinger or their child

Despite his struggles, he feels very lucky to have a supportive wife and family. On Valentine’s Day, Jeremy shared a photo of himself with Jinger and their daughter Felicity along with the caption: “Happy Valentines Day to these beautiful ladies. I don’t deserve them.” Maybe he’s feeling a little guilty?

Happy Valentines Day to these beautiful ladies. I don’t deserve them.

Of course, Counting On fans found this caption particularly odd, as Showbiz CheatSheet reported. They argued that he does “deserve” the wife and child. Jeremy’s followers feel he shouldn’t be so hard on himself. It appears that most fans are supportive of his marriage, even if they find it weird.

What are your thoughts? Do you think it’s weird that Jinger prays for Jeremy to not be tempted by other women? Sound off below in the comments section.

Don’t forget to check back with TV Shows Ace for the latest news on the cast of Counting On.