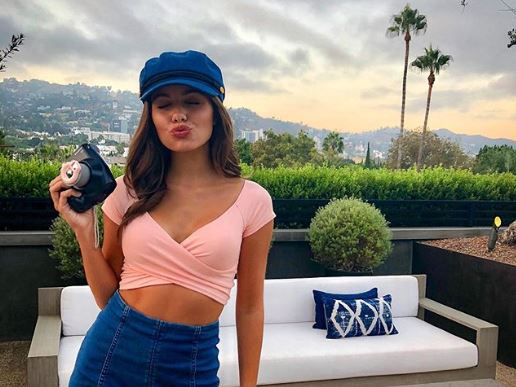 The Bachelor 2020 is going strong, but the spoilers of who wins are still not out. Reality Steve doesn’t even know who the winner is this season. Something new that Hannah Ann Sluss shared has fans thinking she may have revealed a big spoiler.

It turns out that Hannah Ann shared that she is making a big move to Los Angeles. One thing to remember is that a lot of people from the show move there to further their careers.

It all came out on an Instagram post. Hannah Ann was talking back and forth with Hannah G. It started with Hannah G telling Hannah Ann to come and see her. She then explained to her that she was going to move in just two short weeks. The girls will be closer to each other now and can hang out. But normally people from The Bachelor don’t even admit to a move until after the show is done airing.

What do fans think her move means?

Peter Weber is doing things different than a lot of people on the show. He works as a pilot for Delta out of LA and he has plans to keep this job. Actually, Peter is already back to work.

Now everyone thinks that Hannah Ann Sluss is planning this big move to be near her man. Everyone already knows that she makes the final four this season. It would not be shocking at all if she is the one that he picks in the end. It is obvious that these two have chemistry together.

One thing is that Peter Weber lives with his parents still. Maybe he has decided that it is time to move out on his own and live his life. Part of being a pilot is being gone a lot, so he just didn’t seem to get the reason to have his own place.

Don’t miss new episodes of The Bachelor 2020 on Monday nights on ABC. You are going to have to watch and see if Hannah Ann is the one that Peter Weber picks in the end.

What Exactly Does Jovi Dufren From ’90 Day Fiance’ Do For A Living?
They’re Here! Arie Luyendyk Jr. & Lauren Burnham Welcome Twins
‘Home Before Dark’: Brooklynn Prince & Jim Sturgess Spill On Season 2
‘The Bold And The Beautiful’ Spoilers, June 11-14: Liam Begs For Help
Kim Kardashian Spills What She Wants From Her Next Husband