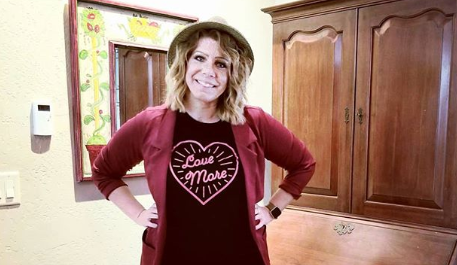 Sister Wives star Meri Brown shared another cryptic quote on February 20th. And, it’s unclear exactly what it means. Many are curious if it alludes to her strained relationships among the Brown family.

Meri Brown’s Mysterious Quotes Are Telling Us She Feels Misunderstood

The quote read, “Understanding is deeper than knowledge. There are many people who know you, but there are very few who understand you.”

Those who follow Meri Brown know this most definitely isn’t the first time she has shared a cryptic message such as this. Back in September, she shared a quote that may have hinted at some of her life troubles at the time. The quote read, “Give. But don’t allow yourself to be used. Love. But don’t allow your heart to be abused. Trust. But don’t be naive. Listen. But don’t lose your own voice.”

In December, Meri shared a quote from Brené Brown. Around this same time, a trailer for the new season of her family’s TV show had come out. The quote served as a reminder that one is worthy of love and belonging even with imperfections and vulnerability. The trailer showed some tension between Meri and other family members, so some believe the quote could be a reaction to the release of the trailer.

The reality star then shared a questionable message about leaving the past in the past in January. The caption expressed how she enjoys focusing on herself and not being caught up in other people’s lives. She wants to look forward and leave the past behind, enjoying what is here and now. She ended it by saying this is what matters to her and this is her vision.

Could It Be Kody Who Is Making Meri Feel Estranged From Her Family?

According to InTouch, Meri has a strained relationship with her husband Kody Brown, as well as some of her sister-wives. Many wonder if that message or the others had a deeper meaning relating to those situations. On the February 16th episode of Sister Wives,  Meri admitted that a reason she didn’t want to live with the others was due to her relationship issues with Kody.

In a confessional during the episode, she stated that her reason was more directly related to her relationship with Kody. She says it’s not the way she wants it to be, so it’s easier for her to avoid it. She says it would be too difficult for her to be in one home right now, because of her issues with her spouse.

Maybe Kody is the one who doesn’t understand Meri.