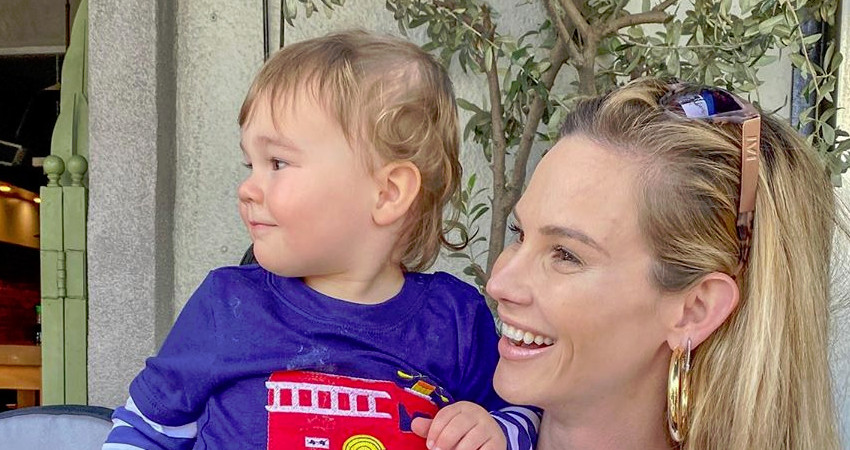 The Real Housewives of Orange County alum Meghan King Edmonds sure likes her nannies. Well, maybe not all of them. There was that minor scandal where she accused her ex-husband, Jim Edmonds, of having an affair with one the four nannies tasked with watching their children.

The reality star always denied having four nannies, but now she is admitting that she definitely employs at least one post-split. As fans know, Jim filed for divorce after five years of marriage back in October.

Just a few weeks later, Meghan went public with her accusation about his ‘inappropriate’ relationship with the nanny. Despite copping to a texting affair with another woman in early 2019, Jim denies cheating with the nanny.

Meghan guest-starred on former RHOC co-star Heather Dubrow’s podcast recently. Meghan discussed a wide range of topics, including why she has a live-in nanny. When Jim and Meghan split, Meghan retreated to L.A. with their three young children while Jim stayed in St. Louis. The former couple share 50/50 joint custody.

The Inquisitr reports that Meghan believes having a nanny ultimately saves her money. According to Meghan, having a live-in nanny allows her the chance to work full-time, but she is also a full-time mom some days. She says,

I pay her X amount of dollars a day and she works during the awake hours. I give her X days off a month and those are the days, if I have the kids and not Jim, that she takes off and I’m a full-time mom.”

While Meghan no longer appears full-time on The Real Housewives of Orange County, she does make the occasional appearance. She also hosts a podcast of her own, Intimate Knowledge. She shares hosting duties with actress (and recent divorcee,) Brooke Burke.

Meghan Implies Nanny is Around More Than Jim Ever Was

Despite her attempts at co-parenting with her ex, things with the former baseball player are still quite tense. While speaking on the podcast, the former RHOC star threw some serious shade on her ex’s parenting skills… or lack thereof.

Meghan implies that Jim was never around to help with the kids. To be fair, he did travel often for work. She says,

She’s basically replaced Jim in what he would do, except she’s around more because she’s the nanny whereas Jim would like, up and go.”

During the podcast visit, the reality star also revealed the unsurprisingy news that the estranged couple tried to stay together after his intimate texting scandal. Back in October, she implied she was blindsided by the divorce filing, but her latest revelation confirms the split was a long time coming.

With two recent vacant oranges with Tamra Judge and Vicki Gunvalson’s exits from the Bravo hit show, could Meghan reclaim hers?

The Real Housewives of Orange County is currently filming Season 15, which will air later this year.