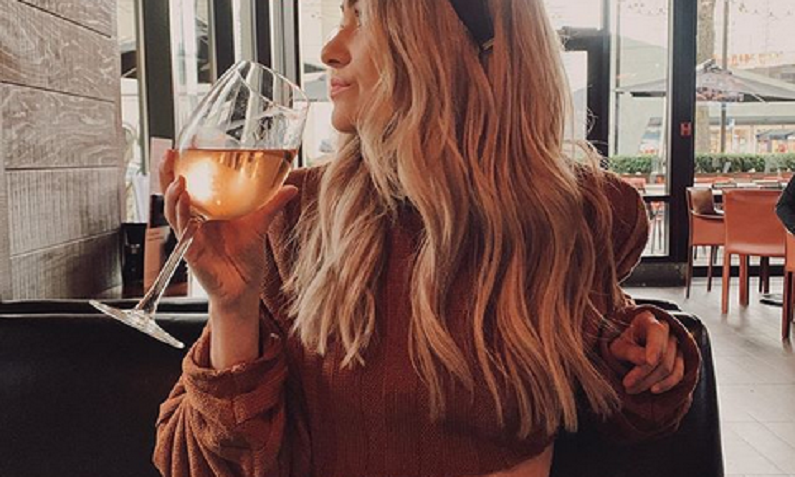 Mykenna Dorn just can’t seem to win. The Bachelor contestant talked about the cruel messages and death threats she’s received since appearing on the show. Now she has been accused of abusing drugs. It’s clear that Mykenna has a unique personality, one that most people wouldn’t understand. She’s just young and misunderstood.

Bachelor Nation would say that Victoria Fuller is the star of Peter Weber’s season of The Bachelor. But we think that accolade should really go to Mykenna Dorn. Mykenna was a bubbly yet emotional contestant on the ABC dating series. Now, she is slamming online trolls who accused her of using drugs while being on The Bachelor. She fought back in a series of posts on her Instagram Stories.

Mykenna Dorn fights back with fire at online trolls

As Yahoo! Lifestyle reported, Mykenna Dorn is fed up with the backlash over her appearance on The Bachelor. Just because she’s this season’s hidden gem doesn’t mean she’s free from backlash. In lieu of her confusing speech to Tammy Ly and the memes about her absurd tongue movements, she’s become a star in her own right. Mykenna has enjoyed most of the positive attention she has received on the internet.

But she’s not liking the dark side of social media. Online trolls accused the Bachelor contestant of abusing drugs while appearing on the show. They claim that her tongue movements suggested that she was using cocaine. Mykenna posted on her Instagram Stories to fight back at the disgusting rumors. She defended herself by posting some of the harsh accusations. 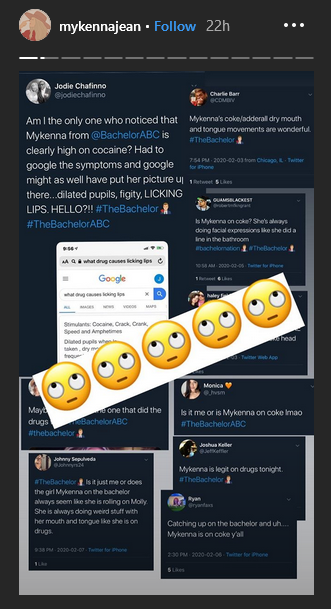 “I’m honestly done with this conversation and the daily DMs I get about it because you are obviously wrong,” Mykenna wrote. “Like, do you really think they’re going to let us do cocaine on the show? Like, no. I literally have to tell the damn doctor why I want a damn Advil and give her my symptoms.”

Mykenna went on to explain that the contestants are closely watched at all times. In a follow-up video, she said that she doesn’t find the drug accusations funny, “especially today in our world with overdoses.” She said that her haters are “obviously messed up in the head” and had this nice statement for them:

“So you and your opinions and your comments can seriously f**k off.”

That settles the rumors. Mykenna also concluded her post by wishing her haters a nice day. While she clearly doesn’t have time for hate, she does have a sense of humor about her tongue movements. She posted this clip from The Ellen DeGeneres Show on Friday, Feb. 14 to her Instagram page.

Not what I had imagine myself being featured on @theellenshow for but I’ll take it!! I mean I made THE ELLEN DEGENERES LAUGH!!! 🙌🏻👏🏻💃🏼Is this real life?!? 😭😱 #theellenshow #thebachelor

TV Shows Ace previously reported that Mykenna has become the target of online bullying. She claims to have received “death threats” and “hate mail” since appearing on this season of The Bachelor. Mykenna received more messages than she ever expected. While she wants to remain a positive force for her fans, she admits that the hate gets to her sometimes.

In a series of Twitter posts, she called out the online bullies. Mykenna wondered why people waste time hating on someone they have never met.

You can just never win with this society today. I’m choosing to look at all the positives today and not the negative people that have no love and their hearts. What power does it give you when you tweet and DM negative comments about someone you don’t even know???

She went on to explain that while she’s made mistakes on the show, she doesn’t deserve so much vitriol. Mykenna left The Bachelor after she got into a feud with fellow contestant Tammy Ly. The two fought in front of Peter during their one-on-one date with him. He ended up sending both ladies home.

Mykenna has become the subject of memes since her time on The Bachelor. Most of them have been kind, while others have been mean spirited. Most of the memes feature her signature facial expressions and bizarre tongue moves.

What are your thoughts on the drug accusations about Mykenna Dorn? Sound off below in the comments section.