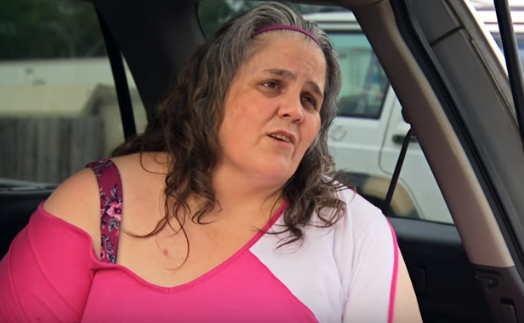 On Thursday, February 19th, an update on My 600 Lb Life submerged as Tracey Matthews spoke on some of the show’s secrets.

Megalomedia Is Facing Four Lawsuits From Participants Of The Show

Tracey shared some information about the show’s production tricks and contract details. Her timing is compelling, as there are four cast members who are currently suing the production company, Megalomedia. These cast members are suing on the grounds of negligence and an assortment of broken promises.

Her episode aired right around the time the show’s cast members began attracting serious attention on social media. Tracey herself has been fairly quiet on the matter, until now.

Last fans heard, Tracey had moved away from Houston and returned to her home of Lorain, Ohio. At the time, her 201-lb weight loss journey seemed to be holding steady, contrary to her not having shared a recent photo of herself in years.

Throughout the recent months, Tracey has been answering questions from many of the shows in somewhat of an ongoing Q&A. Her responses seemed so natural and candid that it offered a bit of an inside look at how an episode is made. This inside look also showed how some incorrect beliefs about it are still lingering around.

How Is Tracey Matthews Doing?

Tracey Matthews is doing well, though she continues to suffer from lymphedema. Her pain doesn’t seem too unbearable during her debut episode. A fan asked how her legs were and Tracey provided an update. She said they are smaller but she is still struggling with the disease. One mass had been removed at the time, but that was it. She is moving around better than before and she says she’s grateful for that. She just wishes there was more that could be done.

Another fan marveled over Dr. Now’s assertion that patients “should have no pain after skin removal.” Tracey responded with a horror story from her own experience.

“Dr. Now removed my one lymph mass on my leg,” Tracey said. “And it was the worst pain I ever had in my life. I’ve had other surgeries but none of them but as bad as this one. It was horrible.”

Some fans have been wondering if they should expect to see Tracey in a Where Are They Now? It seems like a possibility. Tracey is hoping so, but she hasn’t gotten any calls back.

How Are Participants Compensated For Their Time On The Show?

Questions about My 600 Life paying its cast members have been covered before, but what Tracey Matthews had to say was the first time a cast member had gone on record addressing these concerns.

Tracey confirmed that participants receive a “talent fee” of $1,500 for their appearance. If they need to move to Houston, which not everyone does, Megalomedia will offer a $2,500 moving allowance.

Tracey explained that this money is not received by the participants until after their episode has aired on TV. They have to pay for anything spent until then on their own.

Tracey shared a story of their experience with her financial situation during filming.

“We were told we would have to get a room one night [while on the road from Ohio to Texas]. I made reservations but we got nowhere near that hotel the first day. I lost the money I paid, then still had to pay to stay at a different hotel. It was crazy. By the time we got to Houston, we had $13 to our name. I had to figure out how to get groceries and everything else. Then our car broke down a few days after we got there. We didn’t get no help with that either. You can turn in receipts once your filming is done, for a very small amount, but until then you’re stuck.”

Tracey also debunked a long-standing myth about the show’s reruns. Despite what some may say, cast members are not paid any residual earnings when their episode airs after the debut. “We don’t get paid for reruns at all,” Tracey said. “They can play our show a million times and we don’t get a dime from it.”

Medical Expenses Are NOT Covered By The Show

According to Starcasm, as terrible as it may seem, producers do not pay for surgery. This has become extremely relevant with the My 600 Lb Life lawsuits arising, three of which state that they were promised the bills would be covered. Those lawsuits say that when filming was finished, the bill collectors came to collect.

“I have over $20,000 in medical bills that wasn’t covered from when I was on the show,” Tracey said. “The actual work Dr. Now does is covered, everything else is not. We also pay our own rent, bills, and buy our own food.”

A fan suggested that the producers try to keep the cast’s finances as precarious as possible to keep the drama going. Tracey agreed. “That’s what I believe as well,” she wrote, adding, “The more drama = higher ratings.”

Everyone knows reality TV isn’t all the “reality” it claims to be. But as these lawsuits have begun appearing, the question of what is real and what isn’t on the show has only gained relevance. All four of the lawsuits state that the production team forced the participants to play up or invent drama with their family and friends just for entertainment.

Also, Tracey revealed that one of the show’s most famous tropes is entirely fake. The naked shower, seen in every episode for the last few years, is required for every cast member.

It seems cast members could be pressured with some extra pay if they agreed to do the scene. But each time Tracey was on the show, the shower became mandatory.

“They only show a few mins of the shower scenes on the show,” Tracey explained, “but they filmed mine for over an hour. That was the absolute worse feeling in my life. I really wish they would stop making us do that. Who wants to be naked, taking a shower, and get filmed by a man you don’t know?”

She added that it was degrading and she will never do it again.

Producers also try to make each cast member’s home a controlled set, so as little noise as possible. Tracey said when they started filming they would turn everything off and unplug anything.

All-in-all Tracey Says It Was Worth It

Tracey reflected on her overall experience, she weighed both the good and bad. Some aspects of production left her troubled, but she believes her participation was worth the pain.

“It was very hard for me to go on the show but I hope I was able to help at least one person get help if they need it. When you’re 5, 6, or 700 lbs, you’re miserable and have no life. So yes it’s hard to show the world your body and tell your life story but the end result is worth it. So many people from the show now have a life again. They have their freedom back. It’s so great to be able to go places and do things besides being trapped in a bed all day.”

Don’t miss the new episodes of 600 Lb. Life when they air on TLC.

Does Colton Underwood Have A Boyfriend? (No, Not The Plant)
‘Bringing Up Bates’ Stars Josie & Kelton Balka’s Baby Is Here!
Kaitlyn Bristowe Encourages Katie’s Blake Moynes Relationship
‘Deadliest Catch’ Captain Keith Colburn: How Is He After Battling Covid?
Michael And Angela Deem Milking Their Baby Issues On ’90 Day Fiance’?